The following individuals will receive the St. Thomas More Medallion at the conclusion of the 2021 Red Mass. The award, given out annually at the Mass, recognizes dedicated service. Recipients were nominated for the honor by the Red Mass Planning Committee. 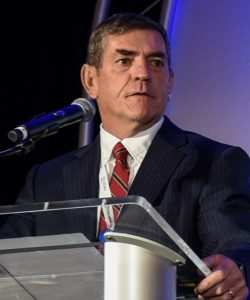 He has served as a member of the Massachusetts Commission on Judicial Conduct and was co-chair of the 2025 Volunteer Transition Leadership Team that was charged with examining the present and future needs of the Probate and Family Court.

In August, Casey accepted the 2021 Innovative Collaboration and Partnership Award from the National Child Support Enforcement Association for the virtual case conferencing process developed by the Probate and Family Court during the pandemic.

Prior to his appointment to the bench, he was a partner for 23 years in the Attleboro Law Firm of Casey and Thompson, P.C., where he specialized in family law and criminal defense.

He and his wife Susan are residents of North Attleboro, and they are the parents of two daughters and recent grandparents of one. Casey attends St. John the Evangelist Parish in Attleboro where he was born and raised.

Massachusetts Lawyers Weekly has recognized him on its “The Power List” and the Massachusetts Bar Association has awarded him its Community Service Award.

Sabra has served as president of both the Fall River and Bristol County Bar Associations and has been a mediator and conciliator in Fall River District Court. Currently, he is a member of the Massachusetts Judicial Nominating Commission on which he has served under five governors since 1995.

In Somerset, where he resides, he has been a member of several of the town’s committees including Advisory and Finance.

Sabra is a graduate of the Duquesne University School of Law in Pittsburgh.

He and his wife, retired Judge Bernadette L. Sabra, have four daughters and three grandchildren. 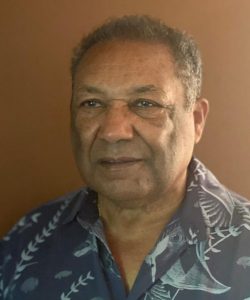 Ralph V. Tavares retired as a Deputy Chief Court Officer in 2017 with over 30 years of service. He began in the New Bedford Supreme Court, moving to the District Court in that city and finally to the Fall River Justice Center from which he retired. He recalls that serving as a Black Court Officer came with internal and external challenges including experiences of prejudice and racism.

As a young man, Tavares found success in the music business performing and recording with his four brothers as “Tavares.” The group earned six gold and two platinum albums, a Grammy, and fans around the world by the time he left in 1984 to join the court and settle into family life. In retirement, he has joined his brothers on the stage once again.

Tavares’ background also includes service in the U.S. Military as a paratrooper in the 103rd Army Airborne Division.

Born and raised in New Bedford, Tavares is now lives in Dartmouth and is a parishioner of St. Mary Parish there. He and his wife Karen are the parents of three children and grandparents of seven. 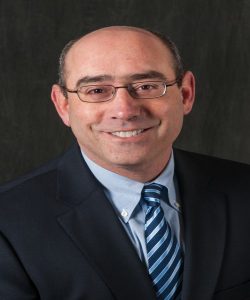 Dean Eric Mitnick joined UMass Law in July 2014 as Associate Dean for Academic Affairs and Professor of Law. He was appointed Interim Dean in July 2016 and in that role successfully led the law school to full ABA accreditation. Since his appointment as permanent Dean in 2017, enrollment at UMass Law has more than doubled, making it the second fasting growing law school in the country, while median LSATs and undergraduate GPAs of entering students have all increased, along with bar pass rates and employment outcomes.

Prior to joining UMass Law, Dean Mitnick practiced law with the firm of Willkie Farr & Gallagher in New York City and taught at the Thomas Jefferson and University of Wisconsin Law Schools and in the Department of Politics at Princeton University. Dean Mitnick is the author of several journal and law review articles, as well as the book, Rights, Groups, and Self-Invention: Group-Differentiated Rights in Liberal Theory. 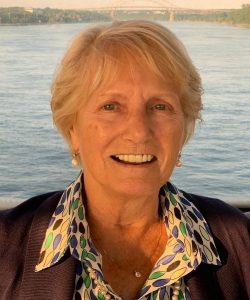 Gerlinde Lowe is a mainstay in the legal community in Bristol County. In 1980, she established the Bristol County Bar Advocates to provide legal assistance to defendants in court who do not have financial means to hire an attorney. She became its first director and remained so for 39 years, retiring in 2019. The advocate agency continues to serve its mission today.

For over 25 years, she has also been the executive administrator of the Bristol County Bar Association, a non-profit service organization for attorneys in Bristol County.

Lowe is a resident of New Bedford and a member of St. Lawrence Parish there. 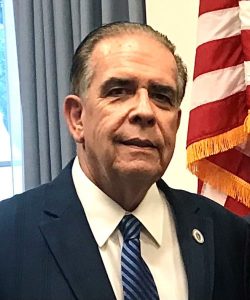 Representative Alan Silvia has served the 7th Bristol District of Fall River in the Massachusetts Legislature since 2012. He has expressed his commitment to using his office to serve the poor, the immigrant and those less fortunate. He has been a consistent Pro-Life legislator. His committee assignments include service as vice chairman of the Joint Committee on Veterans and Federal Affairs for which he was recognized in 2017 as “Legislator of the Year” by the Gold Star Wives.

Silvia has sponsored the “Warm Feet Program” for more than a decade through which thousands of new socks have been collected and distributed to the needy and homeless through church and community organizations.

Before his election to the legislature, he was police officer in the city of Fall River for 23 years, serving for much of that time as a detective in the major crimes division and as an investigator in the department’s sexual abuse unit.

Silvia is a U.S. Marine Corps Vietnam veteran. He holds a master’s degree in human development and administration from Salve Regina University.

A lifelong resident of Fall River, he is a parishioner of Good Shepherd Parish in that city.