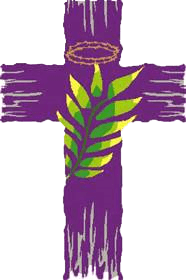 As we celebrate another Lenten season, let us make this a special time of prayer, reflection, Spiritual renewal and focus on the Word of God.  The readings for the Liturgy during Lent have a special meaning and call to conversion and change of heart.  “Only the Word of God can change the depths of man’s heart, and so it is important that with it both individual believers and the community enter into an ever-growing intimacy” (Pope Benedict XVI).

Perhaps, more than ever, we need to focus on the power of God’s Word to transform our hearts and our world.  We live in a time in which we are constantly bombarded with all kinds of messages.  All we have to do is turn on the radio, television, or log onto the Internet, for our eyes and ears to be filled with all kinds of negative and positive messages.

Words are used to deceive and defraud.  Words stimulate anger.  Words are used to manipulate, to tempt, to incite wrongdoing.  On the other hand, the words we speak every day can also promote respect and civility.  They can defuse anger, foster peace and tolerance and bring respect, kindness and joy.

We are certainly influenced by what we see and hear from the powerful media that surrounds us.  However, we should be asking ourselves if we are also affected and influenced by the Word of God?  How much is the Word of God impacting and changing our hearts and our lives?

Many people hear the message of the Gospel, but do not respond to it; they remain indifferent and the message does not find room in their lives.  “We played the flute for you, but you did not dance, we sang a dirge but you did not mourn”  (Mt 11:17).  The knowledge of the Word of God is very important, but even more important is to accept it in our hearts and allow it to change our lives.  Knowing the Word of God is the first step in the process of accepting God’s message and conversion of heart, to do what God wants from us.  Knowledge is not an end in itself, but the means toward an end which is conversion.

There are so many changes taking place in our world today and these changes are happening faster than ever before.  Technology has brought unforeseen changes in the way people communicate with and relate to each other.  Despite all these changes, the Word of God remains timeless.  May we all find enough time each day during this Lenten season, in the midst of our busy and hectic lives, to listen to God as He speaks to us in Holy Scripture.  May His Word transform our hearts.

Is this going to be the Lenten season during which I will:

May we pray with the Lenten preface which says:  “For You have given Your children a Sacred time for the renewing and purifying of their hearts, that, freed from the disordered affections, they may so deal with the things of this passing world as to hold rather to the things that eternally endure”  (Preface II of Lent).

Sincerely yours in Christ,