Bishop to Ordain Four to Priesthood

All four were ordained transitional deacons by Bishop da Cunha in St. Mary’s Cathedral last May. 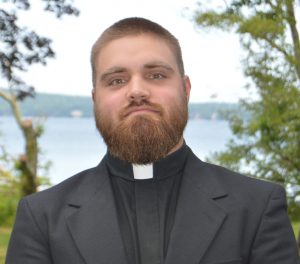 Deacon Laird is the son of David and Kathleen Laird, and he has two sisters. His home parish is Christ the King in Mashpee. As at teen, he was among a group from the parish who took part in a service trip to the diocesan mission church in Guaimaca, Honduras. He attended St. John Paul II High School in Hyannis and was a member of the school’s first graduating class in 2009. He went on to the College of the Holy Cross in Worcester from which he earned a bachelor’s degree in biology in 2015.

He studied for the priesthood at St. John’s Seminary in Brighton. During a year away from the seminary, he assisted at Holy Family Parish in East Taunton. Since his ordination as a deacon, he has served during seminary breaks at Our Lady of Grace and St. John the Baptist Parishes in Westport.

Deacon Laird enjoys playing different musical instruments and is part of a jazz band alongside his seminary classmate Deacon Laurent Valliere and two priests which they call Vatican III.

On Sunday, June 5, he will celebrate his first Mass at 3 p.m. at Christ the King Church. 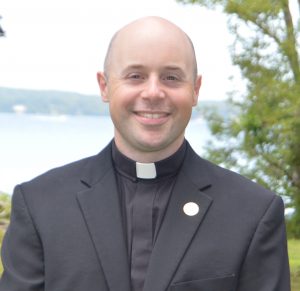 Deacon O’Donnell is the son of Patty and the late William O’Donnell, Jr. and grew up with a younger brother and sister. He is a member of Holy Trinity Parish in West Harwich. He attended Harwich High School, graduating in 1996. While in high school, he participated in an ECHO -Encountering Christ in Others- retreat and has been involved in the program on Cape Cod ever since.

He is a 2000 graduate of Stonehill College in Easton with a bachelor’s degree in marketing. After college he worked for some time including caring for his family’s restaurant business following the death of his father. He entered St. John’s Seminary in 2016 to study for the priesthood. As a deacon, he served over the past year at Holy Family Church in East Taunton.

He will celebrate his first Mass at his home parish church, Holy Trinity, on Sunday, June 5, at 1 p.m. 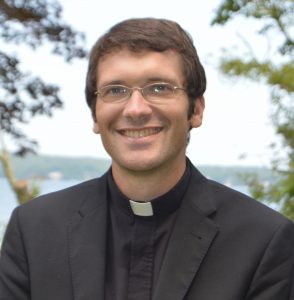 Deacon Quenneville is the son of Donald and Elizabeth Quenneville. He has two sisters, one older, one younger than he. His home parish is St. Theresa of the Child Jesus in South Attleboro. A graduate of Attleboro High School in 2003, he went on to earn a bachelor’s degree in psychology from the University of Massachusetts in 2007 and a master’s in social work from Rhode Island College in 2012.

He became a social worker for the Veterans Association in Brockton, and he has shared that it was through working as a counselor there that he came to realize the joy of helping and supporting people, leading him to enter seminary.

He has ministered as a deacon at St. Mary Parish in South Dartmouth.

On Sunday, he will celebrate his first Mass at 3 p.m. on Sunday, June 5, in St. Theresa of the Child Jesus Church. 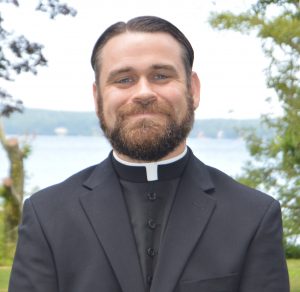 Deacon Valliere is the son of Laurent and Maureen Valliere and a parishioner of St. Stanislaus Parish in Fall River. Originally from West Warwick, R.I., he is a 1999 graduate of Tollgate High School in Warwick. He went on to earn a bachelor’s degree in religious studies in 2003 from Fairfield University in Connecticut.

After his college graduation, he joined the faculty at Bishop Stang High School in Dartmouth. It was while teaching that he sensed a growing vocation to the priesthood. He entered St. John’s Seminary but left after a few years to go back to teaching. In 2018, he returned to St. John’s to complete his preparation for priestly ordination. He has served as a deacon at St. Francis Xavier Parish in Acushnet and Holy Name Parish in Fall River.

Along with Deacon Laird, he is part of the four-clergy member jazz band Vatican III in which he plays bass guitar.

He will celebrate his first Mass in St. Stanislaus Church at noon on Sunday, June 5.

The Ordination on Saturday will be livestreamed on the Fall River Diocesan Facebook page at www.facebook.com/fallriverdiocese.