Bishop’s Blog: A Canonization and an Ordination

On Sunday, May 15th, I was blessed to attend the Canonization Mass and celebration in Rome for the founder of the Society of Divine Vocations, the religious congregation to which I belong. St. Justin also founded the Sisters of Divine Vocations and a secular institute called the Apostles of Universal Sanctification. St. Justin, referred to as the Apostle of Vocations, was the third of 10 children born to Luigi Russolillo and Giuseppina Russolillo, a poor, hardworking couple in Pianura, Italy, a suburb of Naples. Fr. Roger Landry wrote an excellent and informative article about St. Justin in the latest edition of the Anchor newspaper; I invite you to read more about this extraordinary new saint. 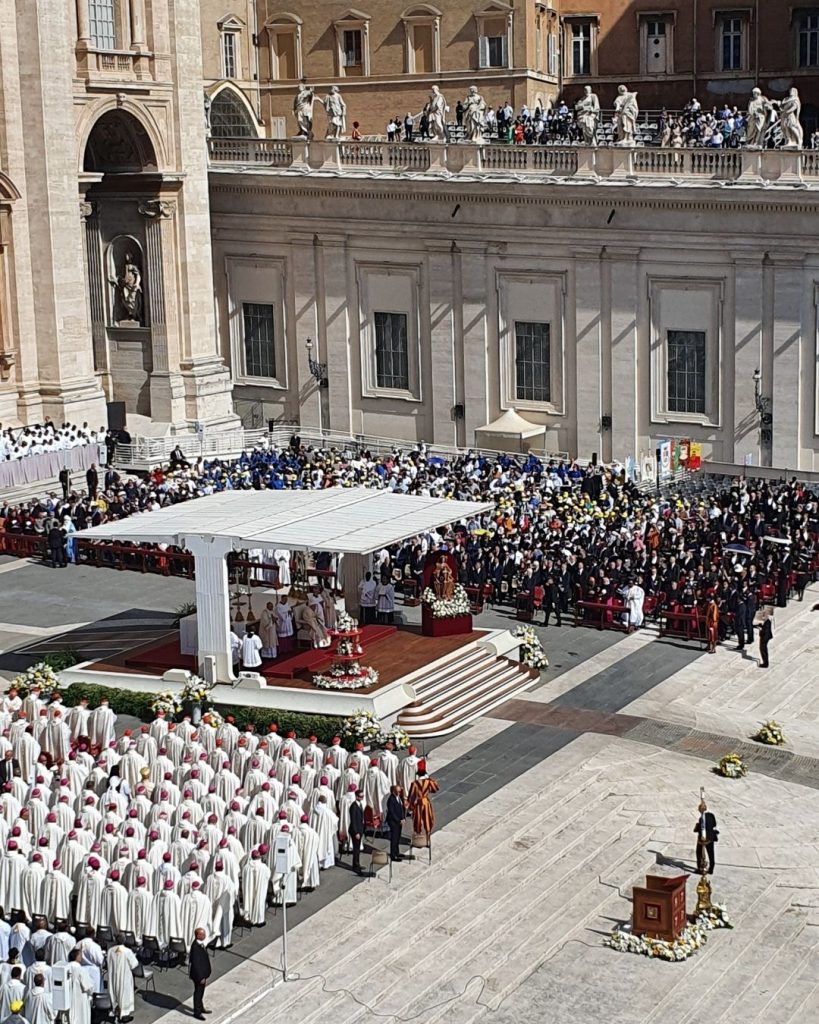 St. Justin died in 1955, and his cause for canonization (sainthood) began very soon after his passing. Even while alive, people recognized him as a saintly man, exhibiting a life of heroic virtue. With his death only 67 years ago, there are still priests in the Vocationist Congregation who personally knew and even lived with him. Padre Pio, a contemporary of Fr. Justin, would question when people would travel from the Naples region to see him, reminding them a saintly man, Fr. Justin, lived among them and they should seek him out instead.

The canonization process begins with being declared Servant of God, which requires presenting evidence of a person living a virtuous life; further investigation leads to being proclaimed Venerable. However, to move then to Blessed and finally, to Saint requires a miracle for each, literally. The first miracle, which led to Fr. Justin’s beatification, came from curing a woman from New Jersey, Ida Meloro, of cancer. She was a member of my former parish, and I knew her personally. The second miracle needed for his canonization involved a seminarian, Jean Emile Rasolfo, who was in formation with the Vocationist Fathers. He fell terminally ill with a neurological disease for which doctors had no cure. While the young man lay in his hospital bed on life support, a relic of then Blessed Justin was placed on his pillow, while many people prayed both at his bedside and beyond. He made a miraculous recovery and was not only present at Sunday’s canonization Mass but was able to participate, chosen to carry one of the ten bowls of incense, each representing one of the new saints. 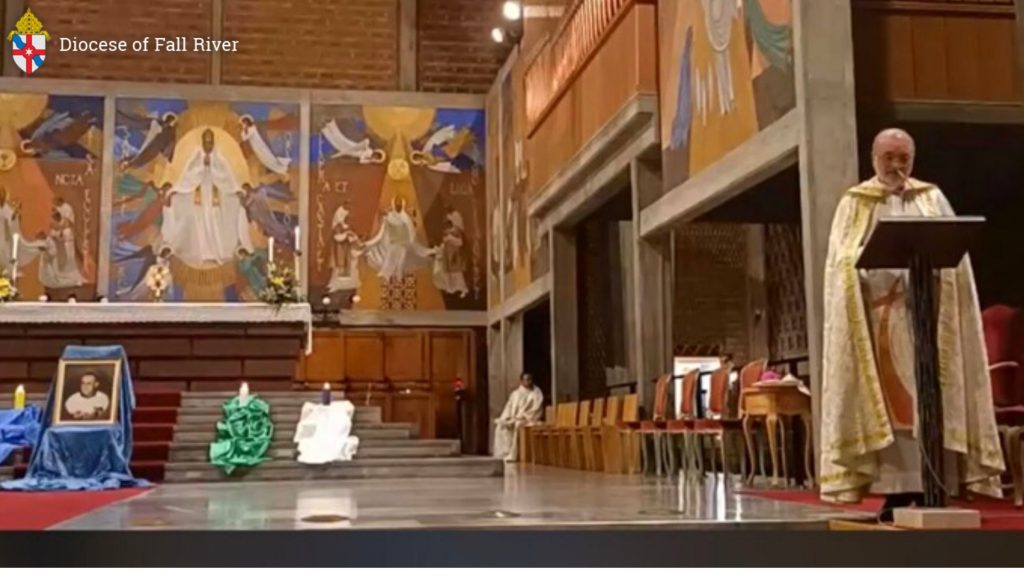 Jean Emile also carried an image of St. Justin to the altar in a special prayer service the evening before the canonization, over which I had the honor of presiding. During this service, I was asked to speak in Italian, English, Spanish, and Portuguese so those from the Vocationist family tuning in to the livestream from across the globe could feel a part of this momentous occasion. In each of the languages, I asked those listening to spend a moment and contemplate what was in their heart, right at that very moment, that they wished to ask Saint Justin to help them with. I ask you to consider this same question—what saintly intercession you might prayerfully seek from this new Saint.

I felt incredibly blessed by the entire experience, not only to be surrounded by more than 45,000 people in St. Peter’s Square but especially the enormous representation there to celebrate St.  Justin, which cannot be put entirely into words. I did have a moment to record a very impromptu response immediately following the Canonization Mass, which you can find here.

I’ll close with one final remarkable story, an encounter I had with an Italian man in a wheelchair who had come all the way from his home in the Naples region to be a part of this extraordinary event. He told me he’d known Fr. Justin from his childhood; it was Father that gave him First Communion and later would be his Confirmation sponsor. He shared that whatever it took, he could never have missed being physically present for St. Justin’s canonization; someone he knew and who he considered a saint from saint from the first time they met.

This coming Saturday, May 21, I will ordain four seminarians studying for the priesthood for the Fall River Diocese, during the celebration of the Mass, in St. Mary’s Cathedral, Fall River. Ordinations are a blessing to our Diocese and our Church.

To be ordained are Brian P. Connors, John Garabedian, Christopher D. Hughes, and Thiago Menezes Santos. As deacons, they will be able to assist the priest at Mass and be an ordinary minister of the Eucharist, proclaim the Gospel and preach, baptize, and minister at other services.

Their ordination to the transitional diaconate will begin their final year of preparation for the priesthood. In the fall, they will return to Immaculate Conception Seminary in South Orange, N.J., for their fourth and final year of studies, and it is anticipated that they will be ordained priests next spring. The seminarians have assisted in different parishes throughout our Diocese during breaks from the seminary as part of their formation. 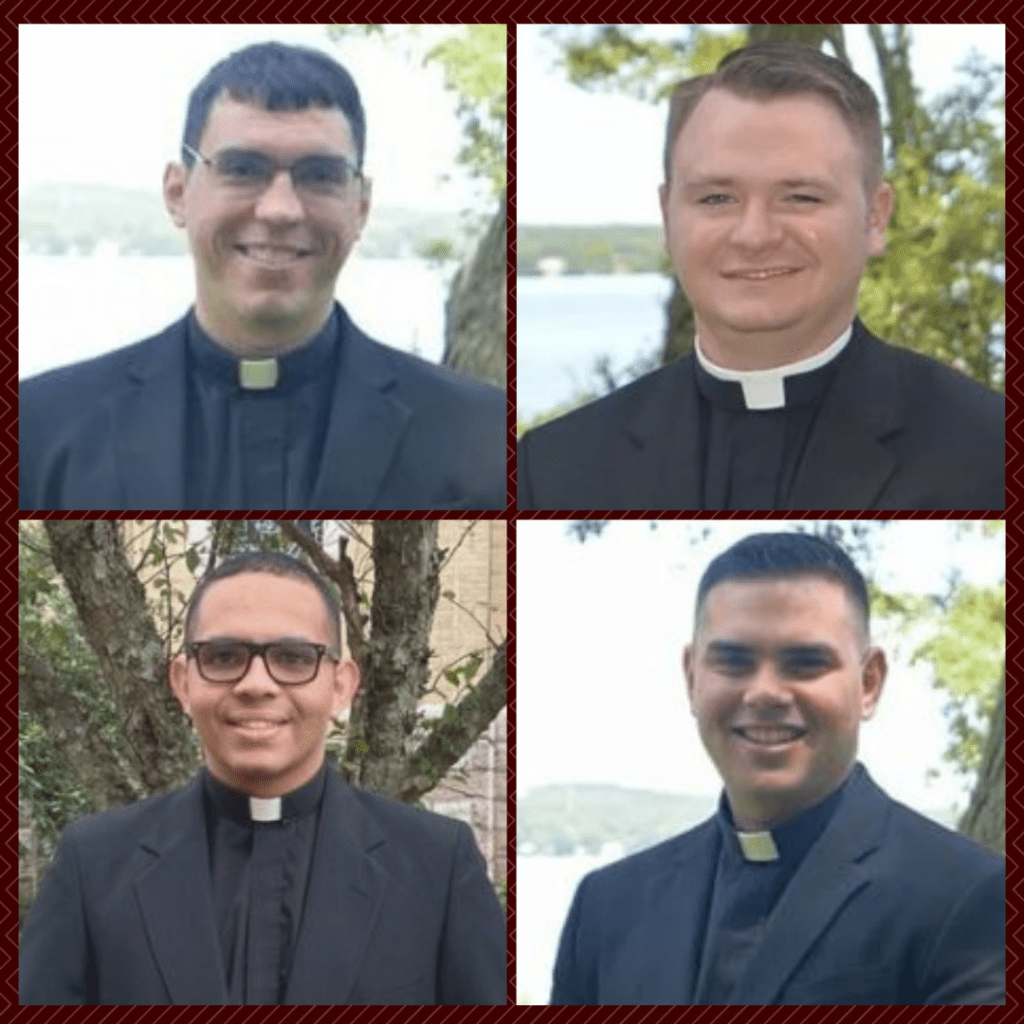