My Meeting with Pope Francis 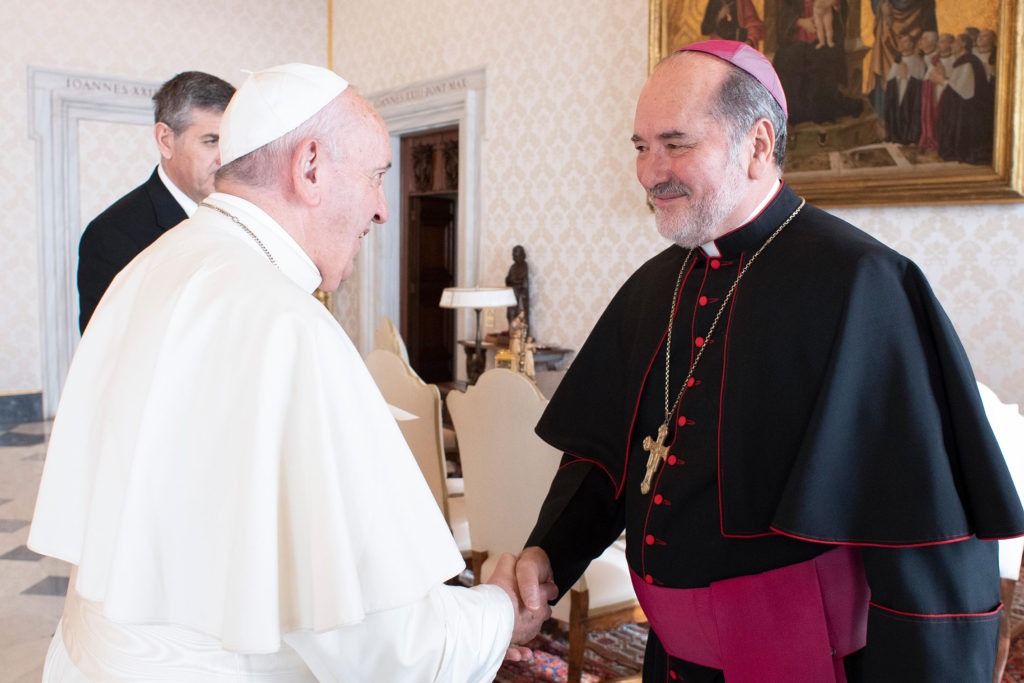 This was my third ad limina visit, and probably I would say the best one.

Although Pope Francis was detained in joining us, because of another commitment, he did not rush his time with us. Giving the Bishops of Region I, nearly two hours of his time, to engage in conversation. A conversation that did not feel like a formal meeting but a discussion among brothers. There was no hierarchy in where each of the Bishops sat nor in the order in which we spoke.

In the meeting, I mentioned my concerns for the suffering faced by so many people who are forced to leave their own countries and become migrants and refugees around the world. Pope Francis’ response to us was lengthy and thoughtful. To summarize, Pope Francis wished for immigrants to remain hopeful and to know that the Church continues working on their behalf; and will do all it can to best serve their needs.

Later, nearing the end of our meeting with Pope Francis, he turned again to the topic of migrants and refugees, showing how concerned he is with these suffering brothers and sisters. I was also impressed when he looked right at me and not only remembered what I had said but also that I was the one who had said it. With all the conversations that had gone on for nearly two hours, I found it remarkable that he would have recalled this information.

A Once in a Lifetime Encounter

While in Rome for our visit, we all stay in the Saint Martha House (Domus Santa Marta), where Pope Francis resides. One morning, during our ad limina visit, the Bishops were preparing to leave for a meeting with the Congregation for Catholic Education at the Vatican. The Bishops gathered together to proceed to their meeting, missing, however, was Bishop Peter A. Rosazza retired auxiliary Bishop of the Archdiocese of Hartford. Assuming, because of the rain, he’d decided not to join the others that morning; the Bishops left for their meeting.

Bishop Rosazza sat in the front seat, as the driver made his way around St. Peter’s Square, dropping the Pope first at his office, then safely delivering the retired Bishop to his destination. Bishop Rosazza joined the rest of us and recounted his remarkable encounter with Pope Francis, recognizing, above all, this once in a lifetime blessing. This story, to me, epitomizes Pope Francis’ empathetic heart for others, especially if he sees someone in need. 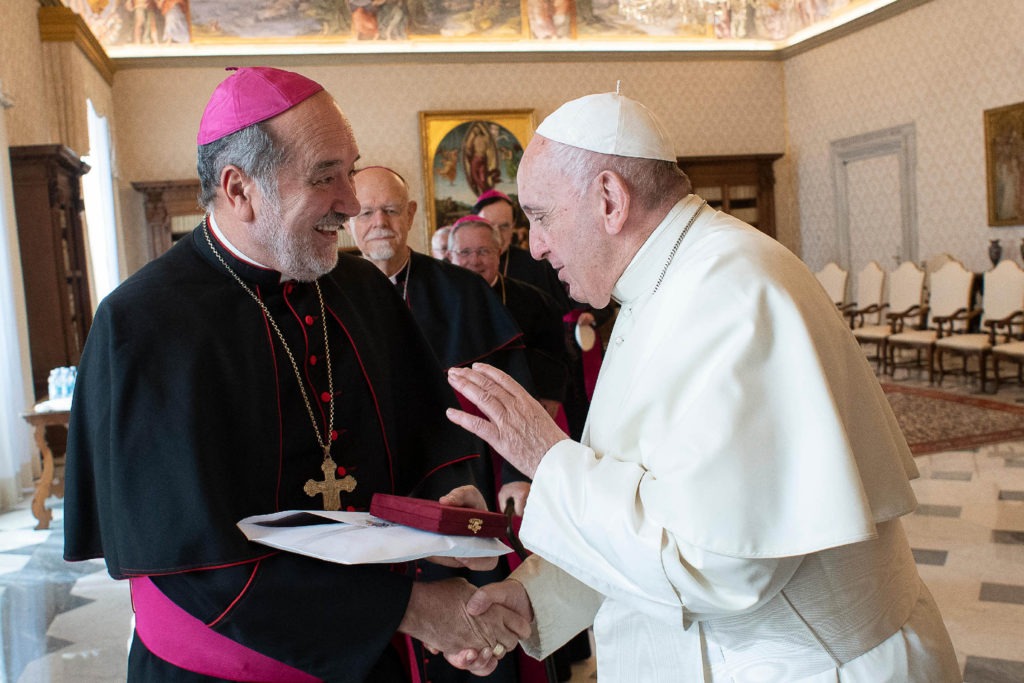 More To Come Next Week

My visit to Rome came with many blessed moments, including some unexpected encounters with Pope Francis. I saw him in the Santa Marta chapel praying as well as places that surprised me, such as in the dining room fixing his own plate at the buffet table. My experience confirmed the image many of us have of Pope Francis, of a simple, humble, down-to-earth, compassionate, and caring person.

Overall, I was very impressed with all of my experiences in Rome, too many to share in one blog post. So, I will continue in next week’s blog with some of my personal experiences including the honor of being the celebrant for the Mass for our group of Bishops at the Basilica of St. John Lateran.