On October 5, I presented to the National Association of Hispanic Priests members at their National Convention in Newton, Mass. I was glad to accept their invitation and to spend some time with the Hispanic priests attending the Convention. I began my talk by reminding them of what we were celebrating that day. First was the feast of Saint Faustina (Kowalska), whom Jesus called his “secretary” in revealing to us through her the depths of his Divine Mercy. She reminds us that we are dependent in everything on God’s merciful love, which, thankfully, is everlasting.

The second was the feast of Blessed Francis Xavier Seelos, the great German-born Redemptorist missionary who traveled to the United States to help bring Christ to people in need of the preaching of the Gospel, the celebration of the sacraments, the formation of community, and the stimulation toward pastoral charity. He labored in Pittsburgh, Maryland, Washington, DC, across the Midwest, and finally in New Orleans, where in 1867, at the age of 48, having caught yellow fever after valiantly bringing the sacraments to those dying of it. His feast reminds us of the missionary dimension of the Church and the priesthood, the call to priestly holiness, and the summons to lay down our lives for others as Christ laid down his life for us. Additionally, the challenges that we’re confronting today, although daunting, have been faced by generations of priests before us. Blessed Francis Xavier Seelos and others have left us an inspiring example of self-giving love and generosity whose efforts the Lord blessed and multiplied.

We celebrate, as well, the 60th anniversary of the beginning of the Second Vatican Council, which opened on October 11, 1962. When I think of Vatican II, I can’t help but recall the eloquent and evocative words that begin the Council’s Pastoral Constitution on the Church in the Modern World: “Gaudium et spes, luctus et angor:” “The joys and the hopes, the griefs and the anxieties of the people of this age, especially those who are poor or in any way afflicted, are the joys and hopes, the griefs and anxieties of the followers of Christ.”

In every age, the Church notes and empathetically shares the aspirations and joys, the pains, sorrows, and worries of the people of the time. There are indeed crises, heart-rending injustices, broken families, fractured communities, disease, and death, but God himself entered this mess to redeem it, and He will be with us always until the end of time.

As we look at the situation of the Church in 2022, we do so not as sociologists analyzing often troubling data but as believers who recognize that there can be Good News—even on a Friday afternoon that experienced an earthquake, an eclipse of the sun, the tearing of a sanctuary veil, and the public execution of two criminals alongside a Crucified Carpenter. 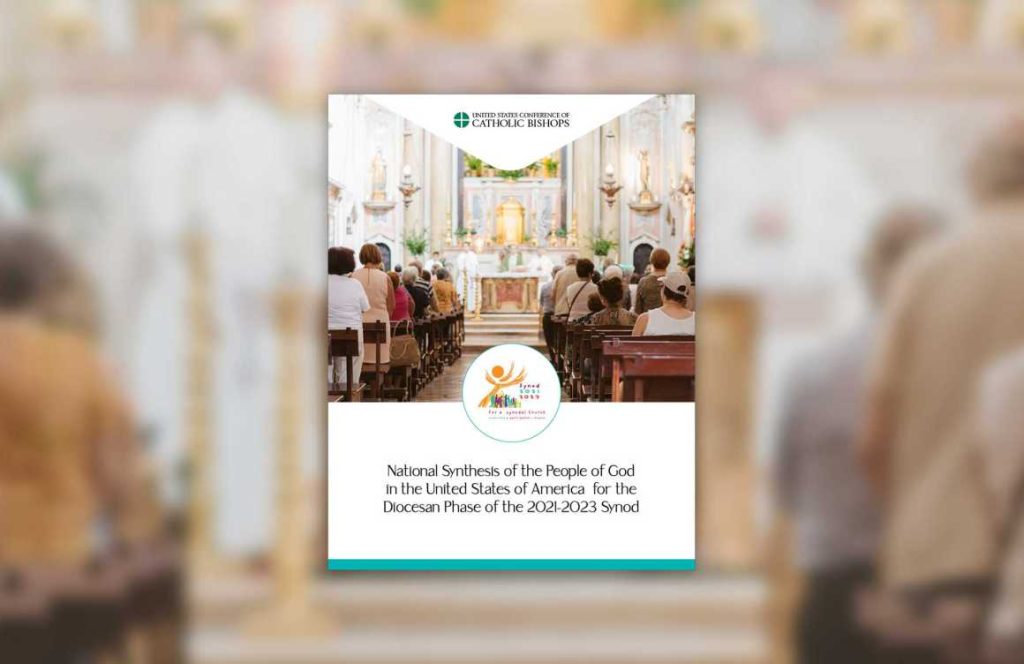 Read the National Synthesis of the People of God (USCCB) its entirety here: https://www.usccb.org/resources/us-national-synthesis-2021-2023-synod

Last month [Sept. 19] the USCCB published the results of the
National Synthesis of the People of God in the United States of America for the Diocesan Phase of the Synod. It collated and summarized the data from 700,000 Catholics in 30,000 different meetings and 22,000 diverse reports from dioceses, parishes, and other groups. As Bishop Daniel Flores stated in his introduction, the document was “an attempt to synthesize and contextualize the common joys, hopes and wounds,” that emerged during the Synod consultations because, echoing the first words of Gaudium et spes—those must be the joys, hopes, and wounds of the followers of Christ in our age.

With transparency and faith-filled fortitude, the report gave special emphasis to four wounds that emerged from the consultations.

The first was the ramifications of the clergy sexual abuse crisis, which eroded trust in the hierarchy and the moral integrity of the Church.

The second was the damage done to the sense of community within the Church as a result of the Covid-19 pandemic.

The third comes from the scandal of division and polarization in the Church, especially the perceived lack of unity among US Bishops and some bishops with the Holy Father.

And the fourth is the problem that so many feel marginalized from the Church. The document lists: Immigrant communities, particularly the undocumented; ethnic minorities; the poor, homeless, and incarcerated; lovers of the extraordinary form of the Latin Mass; the divorced, separated and civilly remarried; women who are excluded from decision-making processes in the Church; those who identify as LGBTQ; people with disabilities and mental health issues; the addicted; and the unborn and their mothers. 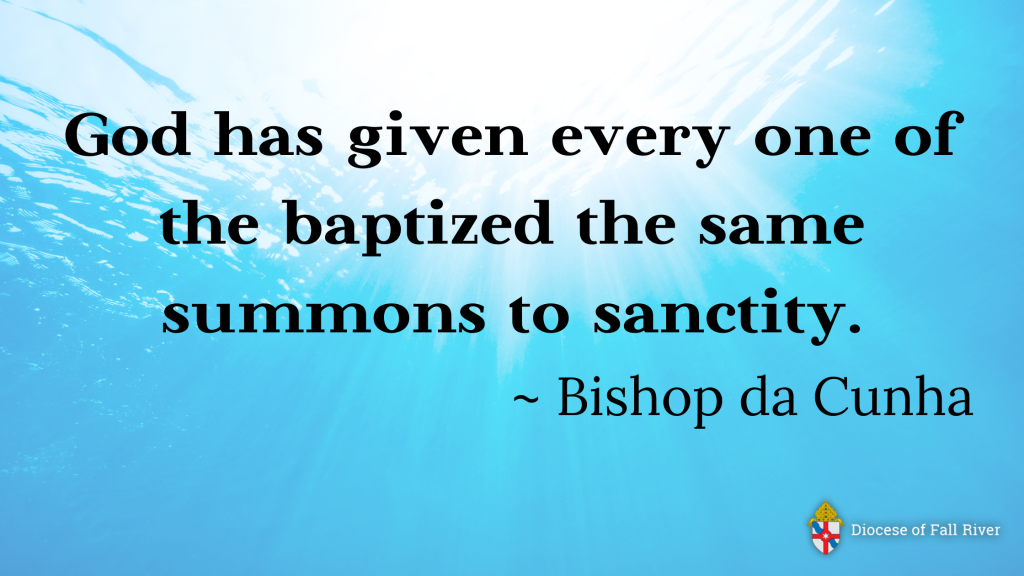 We all know the ongoing trend of militant secularism in public education, music, movies, and television that pressures people to make their faith private and compels them to live publicly as if God did not exist.

As we know, the Church is always being rebuilt, and the great construction workers God recruits in every age are saints like Faustina, Francis Xavier Seelos, and so many others. God has not given us the vocation merely to be priests; he has called us to be truly holy priests, bringing holy things to his holy people. At the same time, He has given every one of the baptized the same summons to sanctity.