On Tuesday evening, December 1, I had the honor of conferring the Pope St. Pius X Youth Award on forty-seven worthy recipients. The award, named for the pontiff who created the Fall River Diocese in 1904, recognizes the commitment and selflessness of teens towards Christ, the Catholic Church, and their local parish community. The Fall River Diocese presented them for the first time in 2001. During the virtual ceremony, I blessed the award medals, led a brief prayer service, and spoke to the award recipients, thanking them for their dedicated service and pointing out that the future of the Church depends on their commitment and leadership.

One thing we can say about 2020, the special events of our lives, most likely celebrated unlike ever before, are the ones we will never forget. I want to once again congratulate and recognize the 2020 Pope St. Pius X Youth Award recipients. 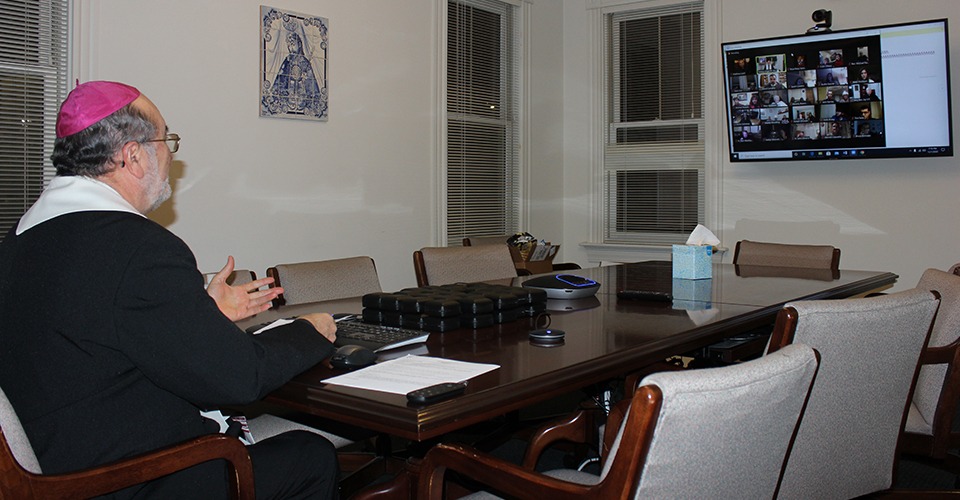 In the past, the Gift of Giving program’s success depended on the generosity of donors from those parishes that partner with CSS in Gift of Giving, as well as the over 150 volunteers who carry out the many moving pieces of the program. However, due to the restrictions on gathering and the need for safe social distancing, CSS recognizes it is not possible to have the number of volunteers necessary to organize and execute the program the way it has been done in the past.

So CSS has shifted the way it will operate the program this year. The pandemic’s impact on the economy has left so many families and children in need, and CSS wants to still be able to provide gifts and clothing, but in a way that keeps everyone safe. CSS is asking parishioners to consider donating a gift card, in any denomination, from either Walmart, Target, or Amazon. The switch to gift cards will allow CSS to provide gift cards to each of the families in the program to have items delivered either directly to their door or through contactless pick-up at the stores.

Those who are interested in donating a gift card to Gift of Giving should check to see if their parish is participating in the program as a community, and, if so, how to support it. Otherwise, individual donations may be sent to the CSS main office in Fall River or dropped off at any CSS location listed on the Fall River Diocese website.

Yesterday, Pope Francis released a new Apostolic Letter, entitled, “Patris corde” (“With a Father’s Heart”).  In it, Pope Francis recalls the 150th anniversary of the declaration of Saint Joseph as Patron of the Universal Church and marked the occasion, by proclaiming a “Year of Saint Joseph” from today, 8 December 2020, to 8 December 2021.  The letter in its entirety can be found on the Vatican Website. 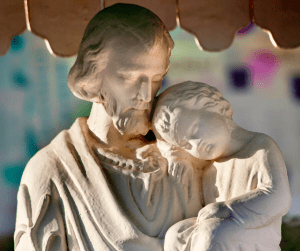 At the conclusion of his Apostolic Letter, Pope Francis adds a prayer to St Joseph, which he encourages all of us to pray together:

Hail, Guardian of the Redeemer,

Spouse of the Blessed Virgin Mary.

To you God entrusted his only Son;

in you Mary placed her trust;

with you Christ became man.

Blessed Joseph, to us too,

show yourself a father

and guide us in the path of life.

Obtain for us grace, mercy, and courage,

and defend us from every evil.  Amen.