Bishop’s Blog: Highlights From My Trip Home To Brazil

One of the great blessings of my visit home to Brazil last month, with my mother, 13 sisters and brothers, 36 nieces and nephews, 20 grand-nieces and nephews and eight great-grand nieces and nephews, was the opportunity to be present to baptize one of my many nieces. This event was all the more special as her Baptism occurred in my hometown parish. 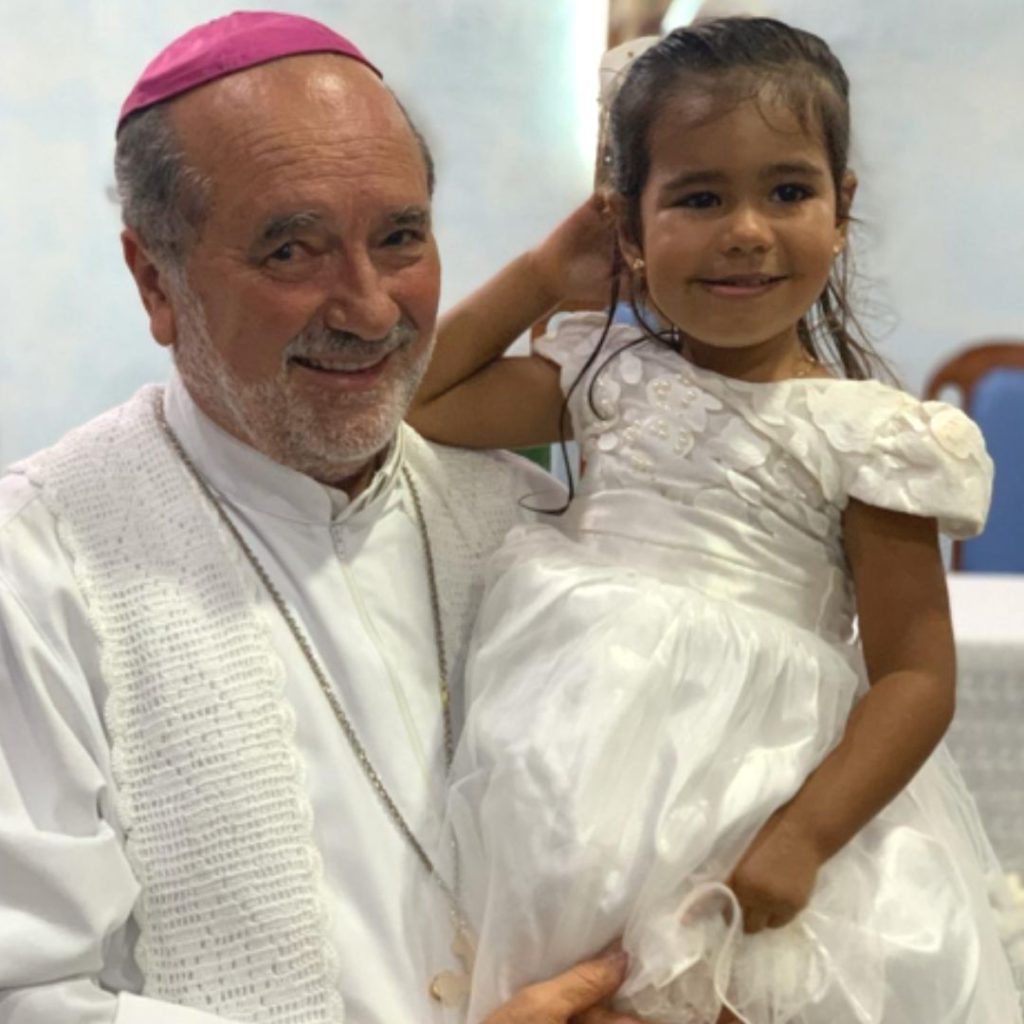 Also, while in Brazil, I was able to preside over the celebration of the 70th Anniversary of the arrival in Brazil of the first members of the Society of Divine Vocations, also known as the “Vocationist Fathers,” which is my Religious Congregation. During that ceremony, I also presided at the renewal of vows of eight Brazilian Seminarians from the Vocationist Fathers. These men made their renewal of vows at the very church and altar, where I professed my religious vows on February 11, 1975. 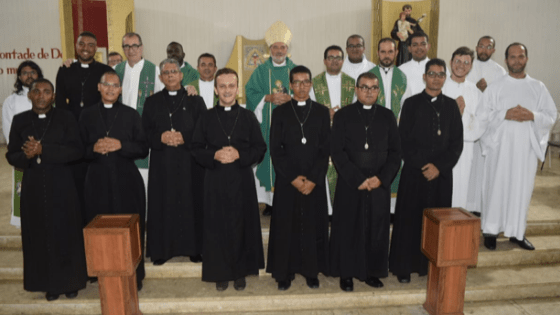 The Vocationist Fathers came to Brazil in 1950 from Italy, where the Congregation was first founded. One of the priests to arrive in Brazil, Father Ugo Fraraccio, S.D.V., would eventually be assigned to the United States. We lived together in New Jersey when we were both stationed there, and he lived to see my appointment as the first Vocationist Bishop. Another Vocationist priest who was among the first to arrive in Brazil was Fr. Dario DiCiesco, who baptized me. It was a great honor to have him present as I was ordained a Bishop in Newark in 2003. In fact, I have the great honor of being the first Vocationist priest to be appointed a Bishop.

The second priest from the Society of Divine Vocations to be appointed Bishop, Father José Ionilton Lisboa de Oliveira, is also, coincidentally, from my home state in Brazil. Through God’s providence, I was able to be there to ordain him a Bishop. In an interview with our diocesan paper, The Anchor, at the time of this great occasion, I shared, “This was such a joyful event. Bishop Oliveira and I come from towns very near each other in the state of Bahia.” Jokingly I said, “I wonder what is in the water of that region.” 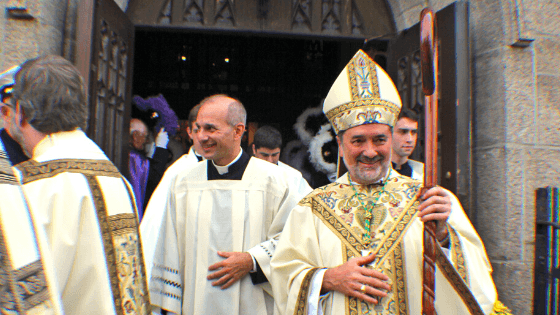 The Vocationist Fathers first arrived in the United States on August 9, 1962. The first two priests assigned to the new mission took residence in Newark, New Jersey. Archbishop Thomas Boland invited the Vocationists to the Archdiocese of Newark to minister to the spiritual and social needs of the Spanish-speaking immigrants who, at the time, were flocking in increasing numbers. All these things bring great memory to me. I spent many years serving in the Newark Archdiocese before Pope Francis appointed me to Bishop of Fall River, in 2014.

Going back home, spending time with my family, baptizing my grandniece, and celebrating with the Vocationist community brought so many wonderful memories of growing up and of my earlier days of formation in Brazil. We all need to reconnect with our roots. It does a lot of good for us.