This week, I unite my prayers with the entire country as we recall the horrendous events of September 11, 2001. How strange to contemplate that this year marks the twentieth anniversary, as I remember that day as if it were yesterday.

In 2001, I was pastor at St. Michael Parish in Newark, New Jersey. Like so many others, I was about my normal daily activities that morning, completely unaware of what was happening until a workman came to the rectory door and he told me that a plane had just hit the World Trade Center. I turned on the television and watched with horror and sadness, like so many of you did as well that day, as the World Trade Center burned and crumbled. It was surreal as I could see the smoke billow into the air from my rectory and from the Church Parking Lot.

Many people demonstrated incredible strength and heroic virtue on that day and in the many difficult days to follow. I was blessed to know one of these heroes personally. One of my parishioners worked at the World Trade Center. As he ran to escape the building, he noticed an elderly man far behind him and went back to help him. They both, sadly, perished that day. My parishioner left a wife and two children. The family’s difficulty was prolonged by months of waiting for his body to be located—also further delaying experiencing the comfort and closure often found in the rites of a Christian burial. By no coincidence, his interment finally took place on August 14, the feast of St. Maximilian Kolbe, who died in Auschwitz after offering his life in an effort to save another. 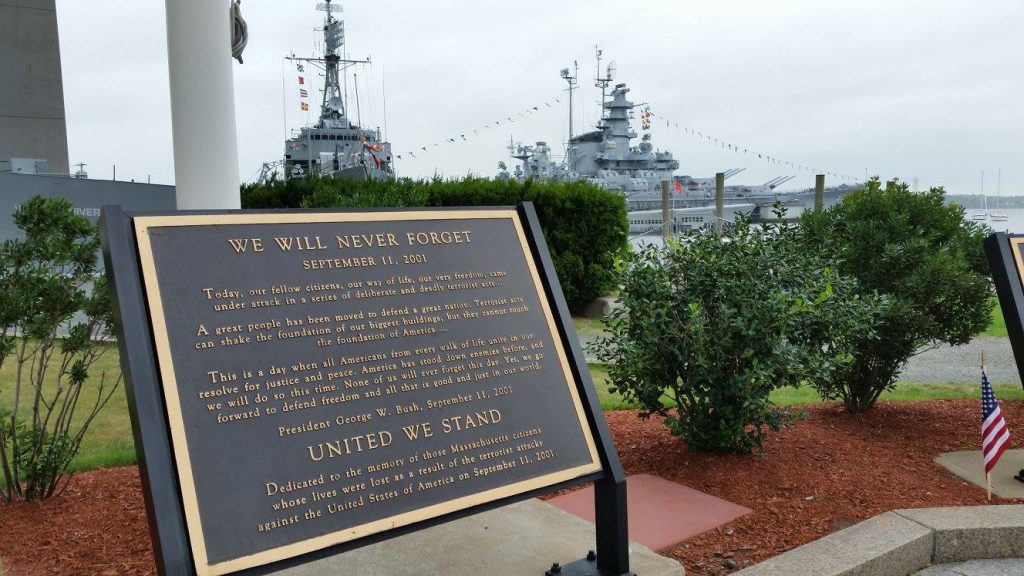 Although these memories are some of the most difficult to recall, it was also an incredible time of grace and hope as I was blessed to participate in many special, often ecumenical, memorial services. Here in the Fall River Diocese, we remember many people from our area who perished that day including Congregation of Holy Cross priest Rev. Francis Grogan. Fr. Grogan had served as the former superior of the Congregation’s Mission House in North Dartmouth and was well known in a number of our parishes where he regularly helped with Masses. There is a special memorial plaque at Battleship Cove, in Fall River, which includes not only a special dedication but also lists all the names of Massachusetts residents lost during the September 11 attacks. Please consider spending some time praying for these souls, a complete list of their names can be found here, and all those lost, as we approach this somber anniversary. 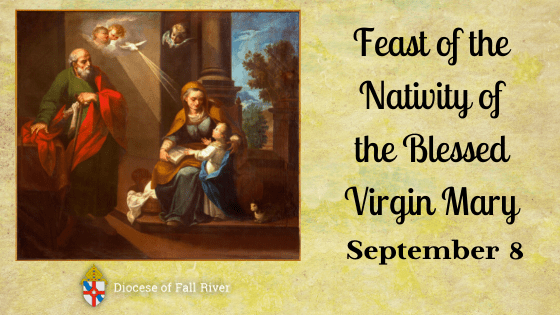 The Nativity of the Blessed Virgin Mary

Today, the Church celebrates the Nativity (or birth) of the Blessed Virgin Mary—what an appropriate feast to coincide with my reflections on 9/11. On December 12, 1999, Pope St. John Paul II proclaimed Our Lady of Guadalupe to be Patroness of the Americas; however, Mary, under the title of the Immaculate Conception, has been recognized as Patroness of the United States since 1846. She truly is the one we can turn to in our prayers for comfort and peace during the most challenging moments of our lives.

In 2020, Word on Fire published a beautiful prayer calling upon the many titles of the Blessed Mother in a Litany prayer for each of the states under her title of Patroness of America. I invite you to include it in your prayers in celebration of this special feast day and in honor of the solemn remembrance of September 11th.

Sincerely Yours in Christ,