Reflection on the Passing of Pope Benedict XVI

On December 31, 2022, God called to his eternal reward Pope Emeritus Benedict XVI, bringing to an end the earthly journey of this faithful and humble servant who became the 246th successor to St. Peter. His passing provides us with the opportunity to remember and reflect on his eight-year pontificate and to thank God for his extraordinary service to the Church and to the world. 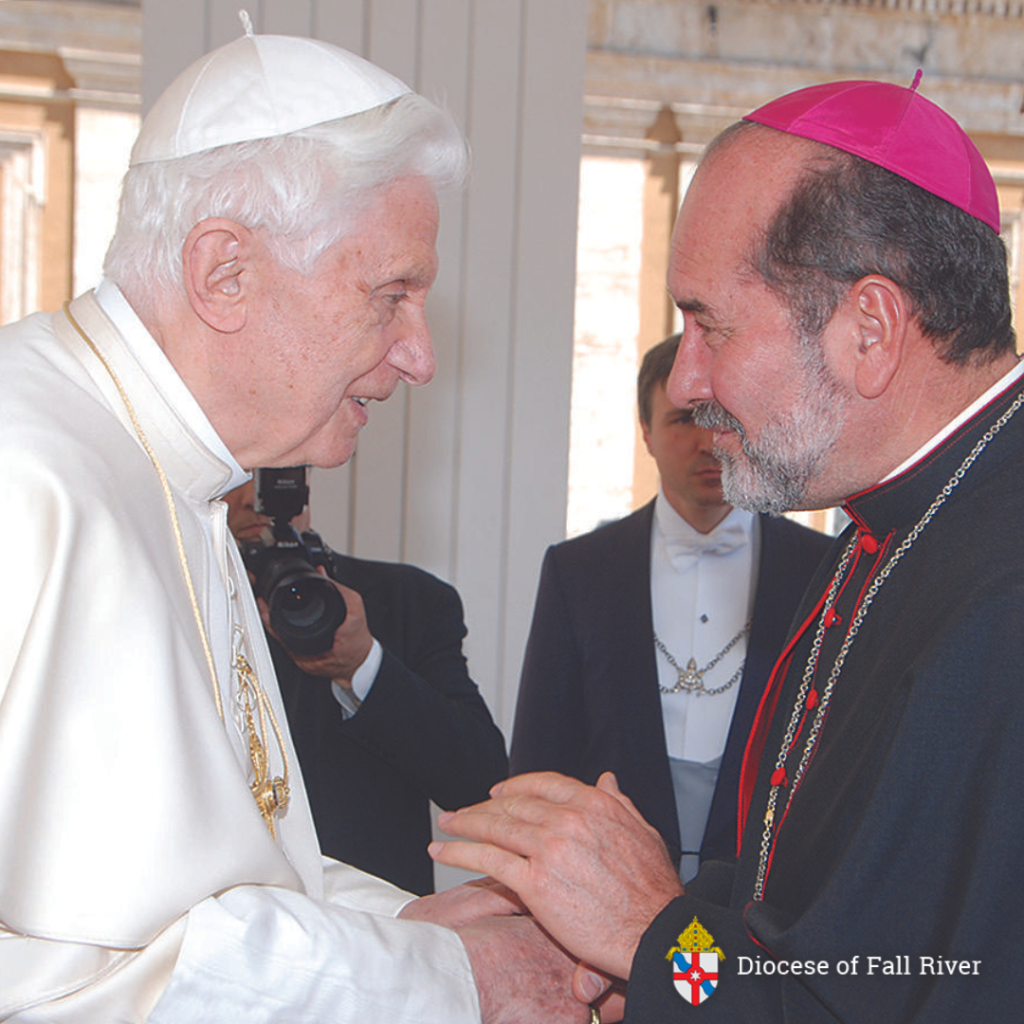 I am grateful for the opportunities that I had to meet Pope Benedict, to speak with him, to hear him speak, to concelebrate Mass with him, and to be close to him. My first experience with him was when he came to the United States on his apostolic visit in 2008, meeting with all the bishops of the country and speaking to us at the National Shrine of the Immaculate Conception in Washington on April 16 of that year. The next day, I was blessed to be among the bishops who concelebrated Mass with him at the Nationals Stadium in Washington, D.C., with thousands of people participating in what I consider a memorable experience.

In May 2011, I was in Rome for the Beatification of St. Justin Russolillo, the founder of my Religious Congregation, the Society of Divine Vocations, when I met with him again during his general audience. As usual, he was the kind and gentle shepherd the world came to know.

Again in 2011, while in the Vatican for the occasion of the Ad Limina visits of the bishops of the United States, I had the opportunity, together with the other bishops from my region, to gather with the Holy Father for a time of fraternal dialogue, to discuss issues affecting the church in the world, especially in the United States.

What remains so strongly with me from those meetings I had with him was his paternal attitude toward the bishops and his interest and care about our mission in our own dioceses. He showed amazing knowledge and great interest in what was happening in the world.

Pope Benedict was an intellectual giant who actively participated in and influenced many of the documents of Vatican II, and he helped implement many of those pastoral principles that came out of that ecumenical Council. The influence Pope Benedict has had on the Church is great, and his legacy will live on for generations to come. He had an incredible gift to communicate the truth about the Church and worked determinedly to reconcile faith and reason. He wanted all of us to continue learning and growing in knowledge while at the same time growing in faith and in holiness.

In thanksgiving, let us pray for Pope Benedict and commend him to the Lord who chose him to serve as His vicar on earth and who promised him and us that He would be with us to the end of time.

A Memorial Mass for Pope Emeritus Benedict XVI will be offered in each deanery -or region- of the Diocese of Fall River on Wednesday evening, January 4, as an opportunity for the faithful of the area to gather to pray for the repose of the soul of the retired pontiff whose funeral will take place the next day in St. Peter’s Square in Rome.

I have asked the priest who is serving as the dean in each deanery to be the celebrant and homilist of the Mass in that respective region. 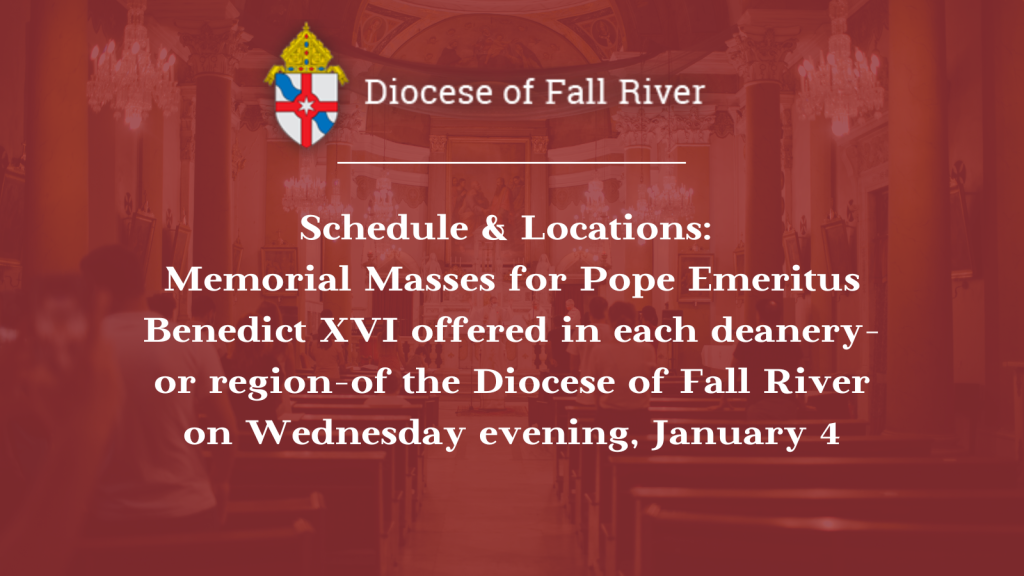 The schedule and location of these Memorial Masses are as follows:

These celebrations around the diocese will provide an opportunity for our faithful to express their love and gratitude to our beloved Holy Father Emeritus and to pray for the eternal reward of this good and faithful servant of God. I hope that many will be able to attend one of these celebrations.