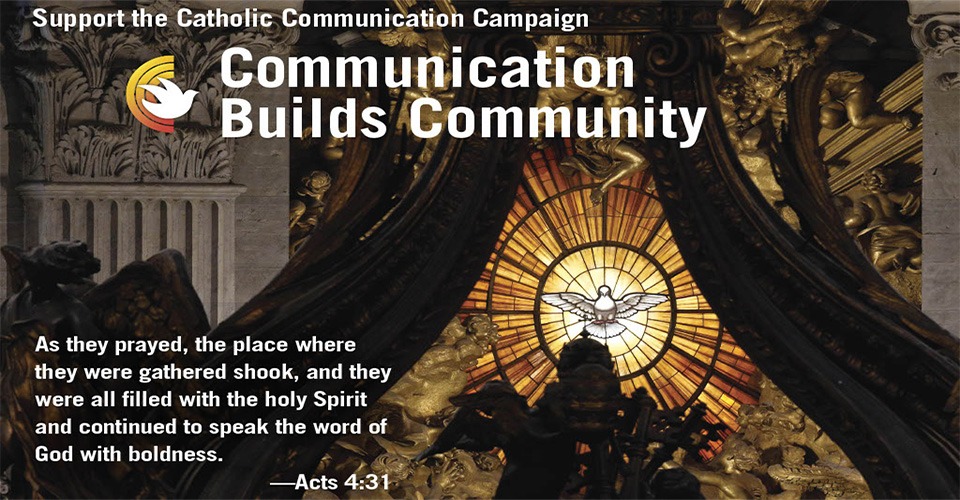 FALL RIVER (Jan. 14, 2021) – The annual Catholic Communication Campaign (CCC) collection will be taken up at parishes in the Fall River Diocese during the weekend of January 16 and 17, 2021.

This yearly national campaign is designed as a shared collection, meaning half of the proceeds stay in the local diocese and the other half is forwarded to the Catholic Communication Campaign office of the U.S. Bishops’ Conference.

The portion remaining in the Fall River Diocese provides partial funding for a variety of communication endeavors including the weekly Masses that air on both WLNE-TV, Channel 6, and the Portuguese Channel.

The Diocesan Television Mass is broadcast on WLNE-TV, Channel 6, on Sunday at 11 a.m.; the Fall River Diocese covers production, airtime and closed-captioning costs. The Mass on the Portuguese Channel airs Sunday at 7 p.m. The diocese reimburses those diocesan parishes that participate on a rotating basis in the broadcasts for a percentage of the cost each incurs. The Portuguese Channel is carried by most cable television providers in the diocese.

In addition to proceeds from the upcoming CCC collection, communication endeavors in the Diocese including the Television Mass are also supported by the Catholic Charities Appeal.

At the national level, the CCC helps the Church spread the Gospel message through television, radio, print, social networks and the Internet by the U.S. Bishops’ Conference staff and other grantee organizations here in the U.S. and abroad.

To learn more about the Catholic Communication Campaign and the important work it supports on the national level, please visit www.usccb.org/ccc.