Edward F. Davis is the President and CEO of The Edward Davis Company, a business strategy and security consulting and services firm. Davis has brought together a team of security and technology solutions experts including former federal, state, and local law enforcement, military officials, researchers and attorneys. Davis has been in law enforcement for 35 years. He served as the Police Commissioner of the City of Boston from December 2006 until October 2013. He led the highly successful response to the Boston Marathon bombing. While serving as Commissioner, Davis established a nationally recognized rebranding initiative stressing honesty and transparency using social media and direct contact with the community. Prior to that, Davis was the Superintendent of the Lowell Police Department, a position he held for 12 years and one he rose to after starting out as a patrol officer in 1978. He comes from a police family, which has allowed him to better understand the needs of police officers and the communities they serve. In his leadership roles in Boston and Lowell, Davis was responsible for the oversight and direction of all investigative divisions including the Crimes Against Children and Family Services Units. He is a recognized expert in crisis management and community policing. He brings with him a strong record of interagency collaboration and a broad range of local, state, national and international experience in law enforcement and public safety.

Commissioner Davis has been recognized for his efforts locally and nationally, including through the Police Executive Research Forum, the International Association of Chiefs of Police and the Major Cities Chiefs Association, where he held a board position. Davis was a past co-chair of the IACP, Research Advisory Committee since 2011. Davis was inducted into Evidence Based Policing Hall of Fame, George Mason University, in 2011. 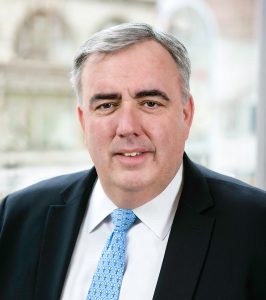 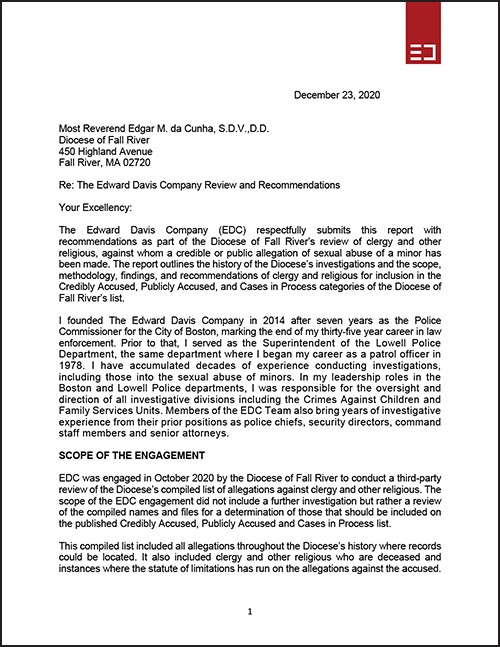 BACK TO THE DIOCESAN RESPONSE TO THE SEXUAL ABUSE CRISIS PAGE