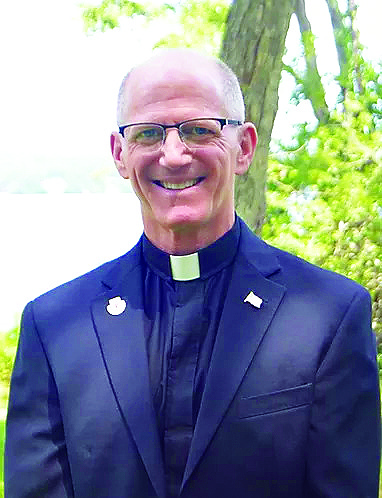 FALL RIVER — Deacon Peter R. Scheffer, Jr., (in photo) will be ordained a priest for the Fall River Diocese by Bishop Edgar M. da Cunha, S.D.V., in the context of an 11 a.m. Mass on Saturday, June 5, in St. Mary’s Cathedral, Fall River.

A New Jersey native, Deacon Scheffer, who is 60, moved to the Fall River Diocese following a career in the military and diplomatic service, and shortly thereafter entered Pope St. John XXIII National Seminary in Weston, Mass., to study for the priesthood.

For his first Mass, he will return to Our Lady of Mount Carmel Parish in Seekonk, where he has been serving as a deacon for the past year, to celebrate all of the parish’s weekend Masses beginning with the 4:30 p.m. Vigil on the afternoon of his ordination day.

As that day approaches, Deacon Scheffer shared he feels “a total sense of calm and peace about my forthcoming Ordination. Despite all that I may not know about the Catholic Priesthood – I know that God has brought me to the edge of the vineyard – and as I am about to enter its gates as one of His priestly servants – I am not afraid. Why? Because He leadeth me…”

He later earned a master’s degree from Boston College in administration and curriculum development.

Deacon Scheffer is a veteran of the wars in Iraq and Afghanistan and participated in other operational contingency missions aimed at peace keeping and providing humanitarian assistance in different parts of the world. For a time, he also served on the faculty at West Point and in its Admissions Office.

Following his retirement from the military as a lieutenant colonel in 2006 he served as a U.S. Diplomatic Peace Treaty Inspector in the Middle East and then as an assistant professor of Strategic and Operational Studies at the U.S. Army’s Command and General Staff College in Ft. Leavenworth, Kansas.

He relocated to Cape Cod in 2016 upon leaving the college and became a member of St. Pius X Parish in South Yarmouth.

While in the seminary on summer breaks, he assisted at Our Lady of Mount Carmel Parish in New Bedford and attended the Institute of Priestly Formation in Omaha.

Scheffer is eager to begin his priestly ministry and to help bring those he serves closer to God.

“I look forward to being able to somehow bring others nearer to God in whatever way He sees fit – whether it’s through the Sacraments or by virtue of my simple presence – that is my hope – that people can see me merely as a ‘bridge to Him’,” he said recently.

He is quick to express his gratitude “for the prayers and support of so many faithful parishioners all over the world” many of whom he acknowledges that he does not even know.

“They have lifted their hearts and minds to the Almighty on my behalf and their prayers have been the spiritual sustenance that have carried me to the starting line of my priestly ministry.”