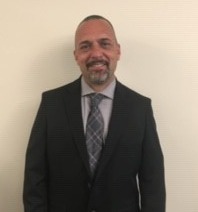 FALL RIVER ─ A new director of Catholic Cemeteries is in place for the Fall River Diocese. David Raposa of Johnston, Rhode Island, (in photo) began in the post on Monday, June 1. In his role as director, he is responsible for oversight of cemeteries administered by the Diocese, directing their overall operation including fiscal management and compliancy with applicable civil and church law and with guidelines and standards for Christian burial.

Raposa’s work will not encompass oversight of parish cemeteries whose administration is, by Canon Law, under the jurisdiction of the pastor of the parish.

In a related announcement, Bishop Edgar M. da Cunha, S.D.V., is appointing Father Thomas A. Frechette to serve as a part-time chaplain for diocesan cemeteries while continuing in his pastorate at St. John the Evangelist Parish in Pocasset. As part of his new ministry, Father Frechette will work with Raposa on spiritual and liturgical aspects of the cemeteries’ operation.

Raposa will report directly to diocesan Chancellor and Chief Financial Officer Kevin Kiley and be part of the Chancellor’s Leadership Team.

Raposa comes to the Fall River Diocese with experience gained from service in the Diocese of Providence, R.I., where he was most recently assistant director of cemeteries and before that, superintendent of cemetery administrative management, and regional superintendent.

Prior to joining the Diocese of Providence, he owned and operated a landscaping, maintenance, and design company in Johnston, R.I.

Raposa is a graduate of the Catholic Cemetery Conference’s School of Leadership and Management Excellence and is now enrolled in its graduate program. He also attended the Community College of Rhode Island and Rhode Island College.

Father John J. Perry served as diocesan Director of Cemeteries for many years until his unexpected death in February of this year. The decision to bring on a layperson to assume that role in an expanded capacity was made last year and the search process for the right candidate began in December.