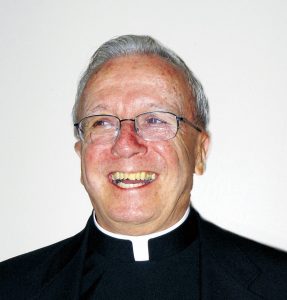 FALL RIVER — Reverend Richard L. Chretien, a retired priest of the Diocese of Fall River, passed away Wednesday, June 15, 2022, at Catholic Memorial Home in Fall River. He was 80 years old.

Born in Fall River, he was a son of the late Charles E. and Lena R. (Longchamps) Chretien. Fr. Chretien was a graduate of Msgr. Prevost High School, class of 1959. He went on to pursue his education at Our Lady of Providence Seminary in Warwick, RI, and St. Mary’s Seminary in Baltimore, MD. He was ordained a Roman Catholic priest in 1967.

He was also the Chaplain of the Msgr. Prevost Council of the Knights of Columbus in Fall River.

May the Lord grant Father Chretien the fullness of life promised to His faithful ones.