Five Priests to Retire This Month

The retirements, which will become effective August 18, were announced in May by Bishop Edgar M. da Cunha, S.D.V.

A look back at the ministry of these soon-to-be-retired pastors through the years exemplifies in the case of each a dedicated priestly vocation carried out in numerous parishes, chaplaincies, and apostolates in service to Catholics in the Fall River Diocese. 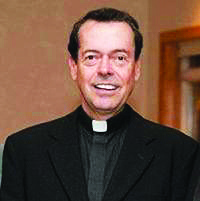 Father Caron, who is 70, was born and raised in Taunton, attending St. Jacques School and Msgr. James High School in that city. He earned a bachelor’s degree in biology from Southeastern Massachusetts University and then taught at Saints Peter and Paul School in Fall River and Cohannet School in Taunton.

He studied for the priesthood at St. John’s Seminary from which he earned a master’s degree in Divinity. Father Caron was ordained to the priesthood on June 11, 1983, in St. Mary’s Cathedral by Bishop Daniel A. Cronin.

In 1996, he was appointed pastor of St. Francis Xavier Parish in Acushnet, and in 2000, became pastor of St. Mary/Our Lady of the Isle Parish on Nantucket, where he served for seven years. From there he was named pastor of St. Rita Parish in Marion and in 2009, also of St. Anthony Parish in neighboring Mattapoisett. He began his current pastorate of St. Pius X in South Yarmouth in 2017 from which he will retire next week.

In addition to his parish assignments, Father Caron also served as Dean of the New Bedford Deanery; Attleboro area director of Divorced and Separated Ministry; Taunton area director of the Catholic Youth Organization (CYO); chaplain of the Daughters of Isabella, Easton Circle; and as a member of the Spiritual Life of Priests Committee. 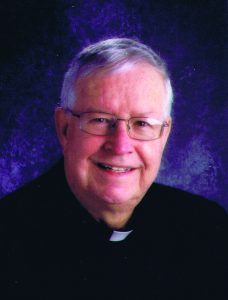 Father Maddock, 72, a native of Attleboro, grew up in Mansfield and graduated from the Dominican Academy in Plainville and Msgr. James Coyle High School in Taunton.

He prepared for the priesthood at St. John’s Seminary in Brighton and at the Gregorian University in Rome. He was ordained a priest on August 2, 1975, by Bishop Cronin in St. Mary’s Cathedral in Fall River.

After serving his first assignment as parochial vicar at Sacred Heart Parish in Taunton, he returned to the Gregorian University and earned a licentiate degree in canon law. He then became parochial vicar at Immaculate Conception in Fall River and remained there in residence after his appointment in 1980 as Secretary to the Diocesan Tribunal, overseeing its daily operations. He became Adjutant Judicial Vicar for the Fall River Diocese in 1986 and Judicial Vicar in 1989, serving in that position for 12 years. While at the Tribunal, Father Maddock was also in residence at St. William Parish, Fall River, and served at different times as temporary administrator of Our Lady of Fatima, New Bedford, Our Lady of Fatima, Swansea, and St. Mary’s, Taunton.

He went back to St. William Parish, Fall River in 1993, this time as pastor, until 1997 when he became pastor of Holy Family Parish in East Taunton. While there, he oversaw the building of the Holy Family Parish Center. In 2010, he was appointed to Holy Name Parish, Fall River, from which he will retire as pastor. From 2015 to 2018, he served concurrently as administrator of St. Bernadette Parish in Fall River.

For many years, Father Maddock has been a leader in the diocesan Catholic Youth Organization or CYO, beginning first in 1982 as the Fall River area director, and since 1994 as diocesan director.

Father Maddock currently serves as Dean of the Fall River Deanery and as Secretary for the Diocesan Central Board for Catholic Schools. Through the years, he has been a member of the Presbyteral Council, Priests Personnel Board, and the Diocesan Committee for the Ongoing Formation of Priests. He was also Dean of the Taunton Deanery. 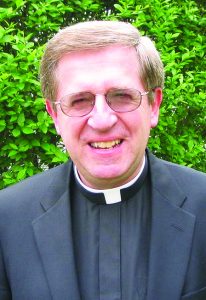 Father McCullough, 70, is a native of Yonkers, N.Y. He was ordained a priest into the order of Salesians of Don Bosco in Columbus, Ohio on May 26, 1979, after studies at Don Bosco College in Newton, New Jersey, and at the Josephinum School of Theology in Worthington, Ohio.  As a Salesian Father, he served for 25 years in assignments in California, Minnesota, Louisiana, and the Greater Boston area.

In 1995, he began ministering in the Fall River diocese as a parochial vicar at St. Pius X Parish in South Yarmouth. In 2000, he was incardinated as a priest of the Fall River Diocese. Other diocesan parochial vicar assignments included St. Patrick’s in Wareham, St. James, New Bedford; and St. Francis Xavier, Hyannis. He also served as chaplain at St. Luke’s Hospital in New Bedford.

Father McCullough was named pastor of Joseph Parish in Fall River in 2006. In 2011, he became pastor of the Outer Cape parishes of Our Lady of Lourdes, Wellfleet, and St. Peter the Apostle, Provincetown, where he has served since. 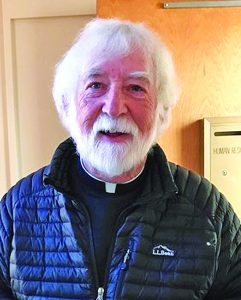 Father Nagle, who is 75, was born in Dothan, Alabama. His family moved to Fall River when he was a child, and he attended St. Mary’s Cathedral School and Morton Junior High School in the city and then De La Salle Academy in Newport.

He was ordained a priest on February 4, 1972, in St. Mary’s Cathedral by Bishop Cronin and was first assigned as a parochial vicar at St. John the Baptist Parish in New Bedford. After that, he served in the same capacity at St. Mary Parish, Taunton; St. Peter the Apostle Parish, Provincetown; and St. Margaret Parish, Buzzards Bay.

From 1980 to 1989, he served in hospital ministry as a chaplain first at Morton Hospital in Taunton and then at Cape Cod Hospital in Hyannis.

In 1986, he earned a Doctor of Ministry degree from Andover Newton Theological School in Newton Center, Mass.

Father Nagle was named to his first pastorate, at Immaculate Conception Parish in Taunton, in 1990 serving there for four years when he was assigned as pastor of St. Augustine Parish in Vineyard Haven on Martha’s Vineyard. In 1996, he became pastor of the island’s other two parishes, Sacred Heart in Oak Bluffs and St. Elizabeth in Edgartown, while continuing at St. Augustine.

Under his leadership, the three Martha’s Vineyard parishes merged to form the new Good Shepherd Parish in 2003, of which Father Nagle became pastor. His retirement from that post will conclude a total 27 years of service in different assignments on the island. 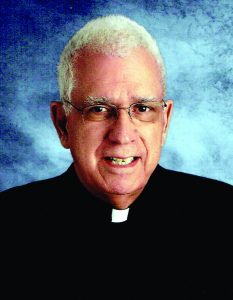 Father Oliveira, 70, is a native of Taunton and a graduate of St. Joseph School and Msgr. James Coyle High School in Taunton.

He attended St. Thomas Seminary in Bloomfield, Conn., earning a bachelor of arts degree, and then continued his studies for the priesthood at St. John’s Seminary in Brighton, where he earned a Master’s of Divinity. He was ordained a priest on May 14, 1977, in St. Mary’s Cathedral, Fall River, by Bishop Cronin.

He began his priestly ministry as a parochial vicar at Our Lady of Mount Carmel in New Bedford, the parish to which he returned in 2001 as pastor and from which he will now retire.

Over the years in between his Mount Carmel assignments, he was also parochial vicar at three Fall River parishes, Espirito Santo, St. Michael and St. Anthony of Padua and then pastor at St. John the Baptist Parish, serving there from 1994 to 2001. During some of his years in Fall River, he served concurrently as chaplain at Charlton Memorial Hospital.

He is a member of the Diocesan College of Consultors and former member of both the Presbyteral Council and the Priests’ Personnel Board.

His experience in ministering to the Portuguese community was also put to the service of the church on a national level. For several years, he served the U.S. Conference of Catholic Bishops’ Office of Pastoral Care of Migrants and Refugees first as a regional representative and then as a national consultant to its Portuguese Apostolate.