Five to be Honored with St. Thomas More Award at Red Mass

A long standing tradition in the Church, the Red Mass is celebrated each year in the diocese to invoke God’s guidance and strength on those who work to promote justice in the legal system.

At the conclusion of the Mass, in keeping with a tradition unique to the Fall River Diocese, Bishop da Cunha will present the St. Thomas More Award to members of the area legal community in recognition of dedicated service.

The Red Mass is so named because of the color of the vestments worn during the liturgy, which is the Mass of the Holy Spirit, who will be invoked upon those in attendance. Its roots date back to 13th century Europe, and it is widely celebrated in dioceses throughout the U.S.

The St. Thomas More Awards are named for St. Thomas More, a 16th century English layman and lawyer martyred for opposition to the divorce of King Henry VIII and for refusing to renounce papal authority.

Award recipients were nominated for the recognition by the Red Mass planning committee of judges, attorneys, court personnel and priests from across the diocese, headed by New Bedford attorney Michael J. Harrington.

Judge Dawley became Chief Justice of the state’s District Court Department in September 2013. It is the largest of the seven departments within the Massachusetts Trial Court with 158 judges and 62 courts throughout the Commonwealth.

He was appointed to the bench in 2001 and then appointed as Administrative Justice for Region 2 (comprising three counties) in 2004. He has served as First Justice of the Brockton District Court, chair of the Probation Committee, and as a Justice of the Civil Appellate Division.

For the past 10 years, he has been an adjunct faculty member at Stonehill College.

Married, he and his wife, Maura, have three children. 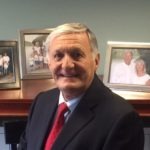 Attorney Princi has practiced law for over 40 years. Now a senior partner in the law firm of Wynn and Wynn, he is based at its Hyannis office and concentrates in complex civil litigation, personal injury, business and general litigation, and transactional law.

Since 1983, he has served as outside counsel to Housing Assistance Corporation of Cape Cod, devoting numerous pro bono hours to support affordable housing and shelter for the homeless. He has for the past 25 years organized a holiday gift basket party for the agency’s clients living in shelters.

Princi has been an active in his community over the years including service as a member of the Barnstable School Committee and as a board member of the Cape Cod YMCA and the Cotuit Center for the Arts.

For the past 12 years, he has been among sponsors of “Taste and See,” a major fundraiser for the homeless sponsored by Our Lady of the Assumption Parish, Osterville, and Our Lady of Victory Parish, Centerville, where he is a parishioner and longtime lector.

He is a graduate of Bowdoin College in Maine and Northeastern University School of Law.

Following service in the United States Navy, which included a tour in Vietnam, he transferred to the Massachusetts Air National Guard where he was Staff Judge Advocate and senior legal counsel.

He and his wife, Area, have a family of six children and 11 grandchildren. 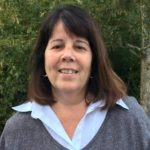 Mrs. Lunny is manager of the Office of Clerk Magistrate for the Third District Court in New Bedford, and as such, she supervises a staff of 25, coordinating work assignments, training, and the development and implementation of office policies and procedures.

She has worked for the District Court for 27 years, beginning as a procedure clerk then working her way up to case coordinator and supervisor of the criminal clerk’s office before her promotion to her current post.

She has received the Trial Court Excellence Award for her service.

A resident of New Bedford, she is married to Steven Lunny, and they are the parents of a daughter and son and grandparents of two. Lunny is a parishioner of St. Julie Billiart Parish in Dartmouth. 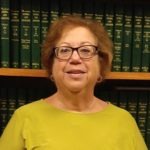 Attorney Babin has served for 16 years in the Bristol County Probate Court as Assistant Judicial Case Manager, where she is responsible for the court session, pleadings, filings, and management of the judge’s caseload.

She began her legal career in 1978 as an associate with a sole practioner. She then became an assistant district attorney in the Bristol County District Attorney’s Office for six years before beginning her own practice in New Bedford, concentrating in civil and criminal litigation and probate and family matters. She joined the Bristol County Probate and Family Court in 2000 as a Family Law Facilitator, assisting indigent litigants with legal services providers and community agencies for assistance.

Her longtime commitment to ensuring that the indigent have access to legal services is reflected in her years of service to entities established for that purpose. She was a director for the Massachusetts Legal Assistance Corporation; director for South Coastal Counties Legal Services, Inc., and chair of the former Southeastern Massachusetts Legal Assistance Corporation.

She is a member of Temple Beth El in Fall River and Temple Emmanu-El in Providence. 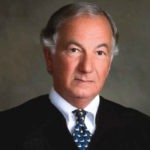 Judge Macy was the Presiding Justice for the Nantucket District Court from 2006 until his retirement in 2013 after which he was a Recall Justice for two years. Appointed to the bench in 1998, he served predominantly in Trial Courts of Bristol County as well as in Nantucket.

A resident of Fall River, he was in private law practice there for many years and served as legal counsel for the Fall River and Swansea School Committees, Citizens for Citizens, and the Southeastern Regional Transit Authority.

He currently serves as corporation counsel for the City of Fall River.

Active in the community, he is or has been a trustee or member of the board of many institutions, among them the Fall River YMCA, the Fall River Deaconess Home and Citizens Scholarship Foundation. He is a parishioner of Holy Name Parish in Fall River.

Macy is a graduate of Brown University and Boston University School of Law, and a veteran of the U.S. Army, having served in Vietnam.

He and his wife Paula are the parents of a son and daughter.