May is Mary’s Month 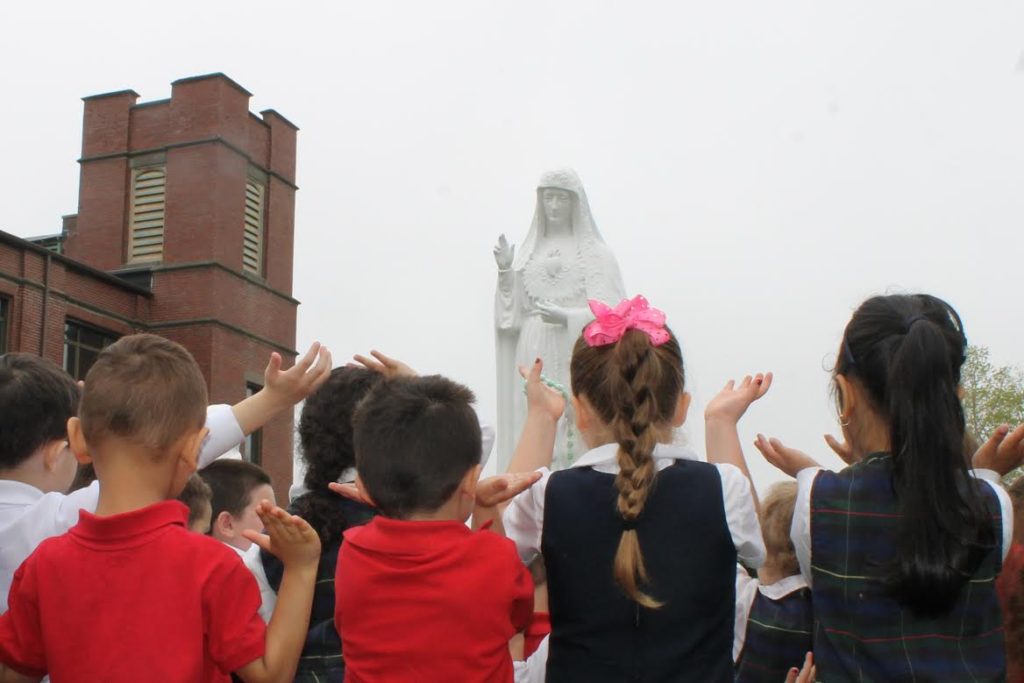 Pre-school students at Espirito Santo School, Fall River, sing a song
to honor Mary as part of their Crowning of Mary celebration.

The tradition of dedicating the month of May to the Blessed Virgin Mary dates back some 700 years and became especially widespread during the nineteenth century.

As a springtime month, May is connected with the renewal of nature. In her way, Mary gave new life to the world when she gave birth to our savior Jesus Christ.

Several popes have referenced May devotions to Mary. Pope Pius XII called attention to it in his encyclical Mediator Die (On the Sacred Liturgy), and in 1965 Pope Paul began an encyclical calling for prayers for peace in this way,

“The month of May is almost here, a month which the piety of the faithful has long dedicated to Mary, the Mother of God. Our heart rejoices at the thought of the moving tribute of faith and love which will soon be paid to the Queen of Heaven in every corner of the earth. For this is the month during which Christians, in their churches and their homes, offer the Virgin Mother more fervent and loving acts of homage and veneration; and it is the month in which a greater abundance of God’s merciful gifts comes down to us from our Mother’s throne.”

Of May, Saint John Paul II said in 2002, “Today we begin the month dedicated to Our Lady a favorite of popular devotion. In accord with a long-standing tradition of devotion, parishes and families continue to make the month of May a ‘Marian’ month, celebrating it with many devout liturgical, catechetical and pastoral initiatives!”

The ways Mary is honored in May is as varied as the people and cultures which honor her.

In many parishes across the world, adults and children join in colorful processions singing songs honoring Mary and participate in ceremonies of crowning a statue of Mary. Often the crown is made of beautiful flowers representing Mary’s beauty and virtue. It’s also common for parishes to have special times for recitation of the Rosary and to put in place a special May altar with a picture or statue of Mary.

The month of May finds many Catholics renewing their devotion to Mary as the Mother of God, looking to her as a model of perfect discipleship, and asking for her intercession with God on their behalf.