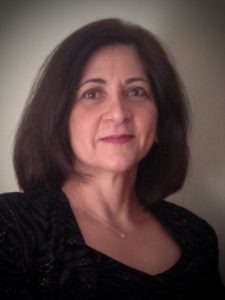 FALL RIVER — A licensed social worker with a 30-year career in human services in positions ranging from clinician to senior manager will become the next executive director of Catholic Social Services (CSS) of the Fall River Diocese.

Susan Mazzarella (in photo at right) of Riverside, R.I., will take the helm of CSS, a regional leader in the provision of social and human services, on July 10, 2017. She will succeed Arlene McNamee who will retire after leading the agency for 23 years.

“After a lengthy search process, I am pleased to announce the appointment of Ms. Mazzarella and to welcome her to the Diocese of Fall River,” said Bishop Edgar M. da Cunha, S.D.V.  “She comes well prepared to lead CSS with a resume indicative not only of extensive experience and skills from a variety of positions in social services, but also of a deep personal commitment to serving and helping those in need.”

Mazzarella moves to CSS from JRI (Justice Resource Institute), a large human services agency based outside Boston with an array of programs in several New England states. There, in her most recent position as division director, she oversaw a multi-component JRI unit including intensive foster care and adoption; teen parenting and young adult programs; and FOCUS, which provides services to the homeless or those at risk of becoming so in southeastern Massachusetts. She was promoted to that post in March 2016 after serving for five years as director of the JRI foster care and adoption program.

Prior to JRI, she was for eight years vice-president at Community Care Services in Taunton, where she was responsible for multiple programs covering a wide spectrum of human services from a day health center for frail and elder adults to rehabilitative care services for adults with mental illness, from homeless prevention to homeless shelters.

She began her career at ComCare, then also based in Taunton, first as a senior clinician in its alternative high school for 11 years, and then as director of its specialized foster care program for six years.

In commenting on her selection to the CSS post, Mazzarella described the diocesan agency as “deeply committed to the well-being of our communities.  It has provided care, support, and resources for generations, and I am honored to be a part of it.”

CSS now sponsors over 30 diverse programs that aim to improve the quality of life for the poor and those in need, to strengthen individuals and families, and to advocate for social justice.

The agency has grown exponentially during McNamee’s tenure as executive director.

“On my own behalf as well as on that of the previous two bishops of Fall River under whom she worked, and our clergy and laity, I express deep gratitude to Arlene McNamee for her tireless work to make CSS what it is today,” said Bishop da Cunha.

“Always attentive to the needs in our communities, particularly those impacting the poor or vulnerable, Arlene has been able to find way for CSS to respond with assistance in the name of our diocesan Church, sometimes working on its own, sometimes in partnerships, to better the lives of countless individuals and families in Southeastern Massachusetts and Cape Cod.”