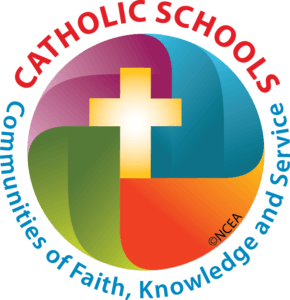 FALL RIVER — Catholic schools in the Fall River Diocese will join with those across the country to observe Catholic Schools Week, an annual celebration of Catholic education in the United States, from January 29 through February 4.

It’s designed to highlight the value of a Catholic education to young people and its contributions to the Church and wider community.

Catholic schools will mark the week with Masses, open houses and programs and activities for students, families, parishioners and community members.

Most Catholic schools also open registration for the following academic year during Catholic Schools Week. Parents who are interested in enrolling a child in a Catholic school in the diocese or learning more about one should contact the school of interest for more information.

On Cape Cod, the Catholic Schools Week observance will be extended into Monday of the next week for a regional celebration. Students, faculty and administrators from Catholic schools on Cape Cod will gather for a Catholic Schools Week Mass with Bishop Edgar M. da Cunha, S.D.V., at 10 a.m. on February 6, in St. Francis Xavier Church in Hyannis.

The theme for National Catholic Schools Week 2017 is “Catholic Schools: Communities of Faith, Knowledge and Service,” encompassing concepts at the heart of a Catholic education.

Many schools in the diocese will follow the national Catholic Schools Week model and designate for each day a particular focus including students, community, vocations, the nation, the parish, and faculty, staff and volunteers.

Specific schedules vary from school to school but often feature academic and athletic challenges; music and arts festivals; guest speakers; special opportunities for prayer; activities to support charities and outreach to those in need; appreciation events; and student socials.

In the Fall River Diocese, Catholic Schools Week 2017 takes place as an ad hoc Implementation Team is at work putting into place initial recommendations to strengthen diocesan schools as called for by a special Task Force on Catholic Education convened by Bishop da Cunha.

“The Task Force report, issued last fall, underscored that Catholic education is foundational to the mission and the future of the Church,” said Stephen A. Perla, Interim Superintendent of Schools for the Fall River Diocese.

“Its findings were clear: ‘academically excellent, vibrant, and sustainable schools, inspired and guided by Catholic values, are a cornerstone of thriving Catholic communities.’”

Perla explained that the Implementation Team has been focused on those actions identified as priorities in the Task Force report: establishment of a central Board of Education to set system-wide policies and practices; each school’s development of three-year strategic plan; hiring of a marketing and enrollment team; and the distribution of additional resources for tuition assistance.