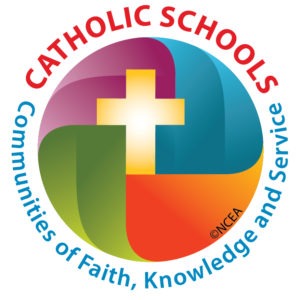 FALL RIVER — Catholic schools in the Fall River Diocese will observe Catholic Schools Week from January 31 through February 6 with Masses, open houses and a variety of special programs and activities.

Observed annually across the country, the week is designed to highlight the value of a Catholic education to young people and its contributions to the Church and wider community.

It is also the time when many Catholic schools open registration for the following academic year. Parents who are interested in enrolling a child in a Catholic school in the Fall River Diocese or learning more about one should contact the school of interest for Information.

As part of the Catholic Schools Week, Bishop Edgar M. da Cunha, S.D.V., will celebrate a Mass for Catholic school students in grades three through six from the Greater New Bedford area on Wednesday, February 3, at 10 a.m. at St. Mary Church on Tarkiln Hill Road in New Bedford.

Many schools in the diocese will follow the national Catholic Schools Week model and designate for each day a particular theme or focus including students, community, vocations, the nation, the parish, and faculty, staff and volunteers.

Specific schedules vary from school to school but often feature academic and athletic challenges; music and arts festivals; guest speakers; special opportunities for prayer; activities to support charities and outreach to those in need; appreciation events; and student socials.

Fall River Diocesan Superintendent of Schools Michael S. Griffin, Ph.D., said that Catholic Schools Week offers schools in the diocese an opportunity to “celebrate traditions of excellence around the themes of faith, knowledge and service to God and others.”

He pointed out that the academic success of the diocesan schools is demonstrated in many ways: high school SAT scores 149 points above the national average (1639 in the Fall River Diocese as compared to 1490 nationally and 1552 in Massachusetts); elementary school students’ Iowa Assessment average score in the 66th percentile, well above national averages; and a college attendance rate approaching 99 percent of diocesan high school graduates.

Griffin attributes this success to the effect of qualities found in the diocesan Catholic school experience.

“The combination of high expectations, an environment of respect for self and others, and the recognition that God continually calls each of us to goodness and to service has a deep impact on the young people whose lives are formed each day in our Catholic schools,” he explained.

He also credits school administrators and teachers for their service as role models and for helping students grow in faith and integrate it into their lives.

Griffin believes that Catholic Schools Week is an appropriate time to consider the wider contributions of Catholic schools as well.

He cites a 2014 book, Lost Classroom, Lost Community, whose authors note the dimensions of stability and safety brought to neighborhoods where Catholic schools are located, along with the findings of other, separate studies that underscore the vital role of Catholic schools in building lasting connections to the Church.

“In the challenging economic environment in which we live,” Griffin said, “it is a tribute to the value of Catholic schools that over 6,500 young people attend the 22 Catholic elementary and high schools of the Fall River Diocese.”

He encourages interested families to take advantage of the many open houses scheduled as part of Catholic Schools Week to learn more about all that is offered at a nearby Catholic school in the diocese.