Solemnity of the Epiphany of the Lord

The Church celebrates the Solemnity of the Epiphany of the Lord this year on Sunday, January 2, 2022. The Epiphany of the Lord commemorates the visit of the magi to worship the baby Jesus as told in the Gospel of Matthew: “Behold, magi from the east arrived in Jerusalem, saying, ‘Where is the newborn king of the Jews? We saw his star at its rising and have come to do him homage.’” 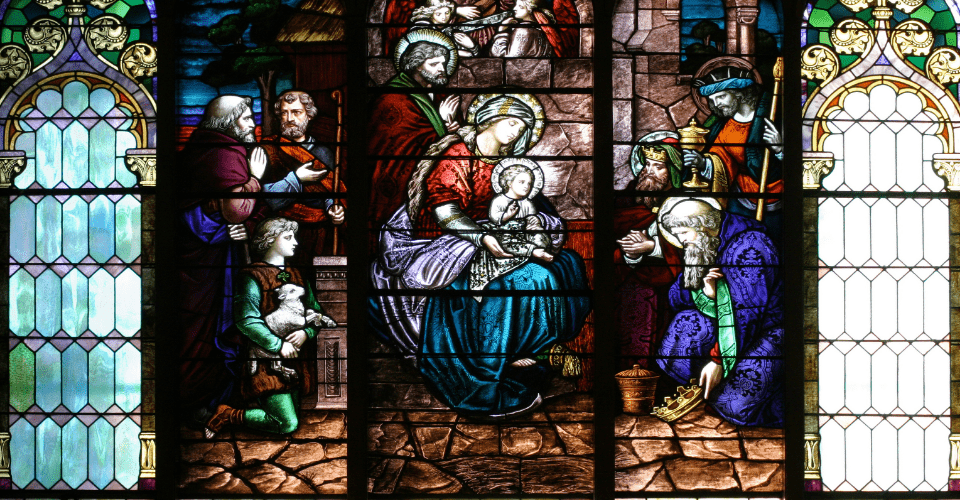 The word “epiphany” comes from the Greek epiphainen, which means “to manifest,” “appear,” or “make known.”  Through the birth of Jesus, God is manifested in the flesh. The Feast of the Epiphany celebrates the revelation of Jesus, the Son of God, to the world.

The Epiphany is the manifestation of Jesus as Messiah of Israel, Son of God and Savior of the world. The great feast of Epiphany celebrates the adoration of Jesus by the wise men (magi) from the East, together with his baptism in the Jordan and the wedding feast at Cana in Galilee. In the magi, representatives of the neighboring pagan religions, the Gospel sees the first-fruits of the nations, who welcome the good news of salvation through the Incarnation.” Catechism of the Catholic Church 528

The observance celebrates the public manifestation of the Jesus’ kingship to the world when the Magi visit and adore him. In the Gospel of Luke, an angel of the Lord reveals Jesus as “savior,” “Messiah,” and “Lord” to the shepherds when Jesus is born and laid in a manger (see Luke 2). But the visit of the Magi reveals another facet of Jesus’ destiny—his kingship.

In Matthew, chapter two, the Magi announce to King Herod the purpose of their visit. Arriving in Jerusalem to seek the Messiah, they ask Herod, King of Judea, “Where is the newborn king of the Jews? We saw his star at its rising and have come to do him homage.” Departing Jerusalem and following the star’s movement, they find the child Jesus and his mother, Mary, in Bethlehem. Joyfully, they prostrate themselves before the King and present to the newborn King gifts of gold, frankincense, and myrrh. Through this prophetic event, the kingship of Jesus is revealed, while the gifts brought by the Magi prophecy the type of kingship Jesus would have.

While tradition holds that the Magi were three kings or wise men, Scripture is silent on the number of kings who arrived to give homage to the Lord, as well as the background of the Magi (kings, astronomers, etc.), and their names. Nonetheless, while extensive details are absent in Sacred Scriptures, Christian tradition holds that there were three wise men, named Caspar, Melchior, and Balthasar.

The actual date of the Feast of the Epiphany is January 6; in the United States, the celebration of the feast is transferred to the weekend closest to that date. Current tradition in this country often sees families using chalk to mark the top of a door post of their home with the initials of the three kings and the current Epiphany year. For example, for Epiphany 2022, a family would mark “20 + C + M + B + 22.” This chalking of the lintel is generally accompanied by a short ritual blessing of the house.