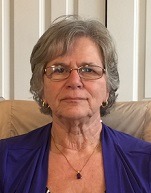 Stonehill College will recognize the contributions and service of the longtime head of Catholic Social Services of the Fall River Diocese with an honorary degree at its 64th Commencement this Sunday, May 17.

Arlene A. McNamee (in photo), LCSW, executive director of Catholic Social Services, will receive a Doctor of Humanities degree from the college for her decades-long vocation to better the lives of the poor and vulnerable.

The honor will bring McNamee back to the beginning of her professional life. She earned a bachelor’s degree in Sociology from Stonehill College in 1968.

It was during her undergrad years at Stonehill when McNamee says she found her life’s calling – helping others.

“Throughout her career, McNamee has done just that,” notes Stonehill College in the announcement of her honorary degree, “first serving as a social worker before moving on to Catholic Social Services where she has been since 1994 and now serves as its executive director.”

Among its many good works, Stonehill points out the Community Action for Better Housing (CABH) initiative and cites McNamee as being “a pivotal force in creating” in 1995. The program buys abandoned and blighted properties and rehabilitates them to create low income housing. One example is the Oscar Romero Home in New Bedford. Opening in 2013, the once-deserted building was renovated by CABH into 12 apartments for formerly homeless persons.

After graduating from Stonehill, McNamee worked for the Massachusetts Department of Public Welfare then onto the Fall River Public School System, New Bedford Child and Family Services, and the Massachusetts Society for the Prevention of Cruelty to Children before joining Catholic Social Services.

Throughout her career, McNamee has served on numerous local, state, and federal boards including Southcoast Health Systems, Catholic Charities USA and the Child Welfare League of America.