FALL RIVER — Two priests of the Diocese of Fall River will enter retirement this summer.

Reverend Andrew Johnson, parochial vicar of Corpus Christi Parish in East Sandwich, and Reverend Daniel O. Reis, pastor of Our Lady of the Immaculate Conception Parish in New Bedford, will retire from their respective parish posts, effective July 1, 2022. Father Reis has served as a priest for 47 years, Father Johnson for 31. 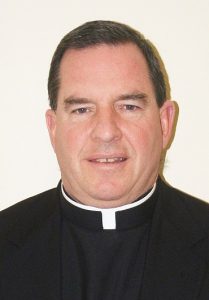 Father Johnson was born and raised in Boston. After graduating from Catholic Memorial High School in that city’s West Roxbury section, he went on to Dartmouth College from which he earned a bachelor’s degree. He studied for the priesthood at the Gregorian University in Rome and was ordained as a Cistercian Father in St. Joseph’s Abbey in Spencer, Mass., on Aug 24, 1991. He was a Trappist Monk for 37 years.

In 2006, he began ministry in the Diocese of Fall River as parochial vicar at Our Lady of the Assumption Parish in Osterville and as chaplain at Cape Cod Hospital. After two years, he was transferred to St. Francis Xavier Parish in Hyannis while continuing at the hospital. In 2009, he became chaplain at Charlton Memorial Hospital in Fall River.

Father Johnson was incardinated into the Diocese of Fall River in 2011. He was appointed pastor of Good Shepherd and St. Stanislaus Parishes in Fall River in 2012, serving both communities for six years. In 2018, he began his current assignment as parochial vicar at Corpus Christi Parish in East Sandwich.

In retirement, Father Johnson will continue to reside at Corpus Christi Parish with the status of Retired Priest in Residence and assist with the celebration of Masses. 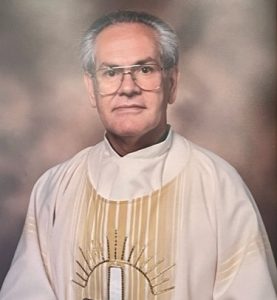 Father Reis was ordained a priest on May 29, 1975, at Ribeirinha in Sao Miguel, Azores, by the then-bishop of the Angra Diocese, the Most Rev. Dom Aurélio Granada Escudeiro.